Vivid Browser: A Windows 10 Mobile browser that looks like Edge Browser on Desktop

Edge Browser is a browser full of controversies. While its a part of the Universal Applications from Microsoft but it hardly has feature parity or UI consistency   with the mobile version. And since the browser gets updated with Major OS Updates, it also get features lately when compared to other browsers such as google Chrome or Opera Browser.

Since the inception of edge Browser which was previously known as Project Spartan, people had been asking Microsoft to make the browser look same in both Desktop and Smartphone. However Microsoft being itself didn’t do much. Now a developer named Kamran Aliyev created a browser based on Edge for Windows 10 Mobile which’s UI is almost as same as that of Desktop Edge Browser.

Its name is Vivid browser which costs $0.99 in Windows 10 Store. It also has a hub area similar to Edge on Desktop where you can access Speed dials, downloads, history and other things. while it has all the basic features but some features like private mode and extension supports are missing. 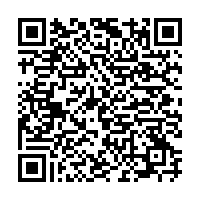