Windows Store always had a love hate relationship with users. While many people find it useful and regular user of it, there are people who hates it because it did not had win32 applications. With Project Centennial, Microsoft is attempting to turn the wheel at their favor. While there are quite a few popular win32 software available in store like evernote, slack but Microsoft has announced that spotify and iTunes coming soon too.

Now a listing for whatsapp has popped up on the Windows Store, which indicates that the app is coming soon. MSPU managed try it out and they said :

We were able to try the out app, and as you would expect, it’s just the company’s classic desktop app which is a web wrapper for WhatsApp Web. Even then, the WhatsApp Desktop app is very powerful — you can share photos, videos, documents, and do a lot of the other things using the app. Of course, you will need your phone connected to the internet for the app to actually work so it is still a bit annoying in some scenarios. Interestingly, the WhatsApp Desktop app on Windows 10 has the default Windows 10 icons (Segoe MDL2 icons) rather than the ones used by WhatsApp Web, and that’s a pretty nice touch for sure. 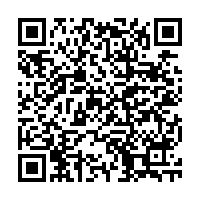