Fallout Shelter is a popular game available for Android, iOS and Windows PC (via steam). Its a part of Fallout 4 which is a great game for Desktop and consoles. The game is a Free to Play game with micro-transactions and it allows players to manage an underground community of bunker-dwelling apocalypse survivors.

Major Nelson on his blog, revealed that the game is Xbox Play Anywhere title so the users will have the game data sync between Xbox One and Windows 10 PC. All of their saves, progress, and Achievements will stay with them when switching between devices and can pick up where they left. 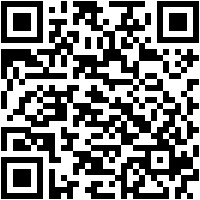 “News and Interests” is Microsoft’s Latest Addition to Windows 10

Microsoft has announced a brand new feature to the Windows 10 taskbar called "News and Interests". The features will …

The Lenovo ThinkPad X1 Fold was first introduced back in May 2019. Now finally, the device is out for pre-orders. …