Grab it and join forces with Minecraft’s most dastardly denizens: slink from the shadows as the sinister Stronghold Seer, unleash the fury as the ferocious Lava Fiend, or, er, sell silverfish as the monstrous Silverfish Monger. The evilest of all mongers!

Then there’s the grotesque Patchkin, the enigmatic Endergaunt, the chilling Eyece, the Terror Spawner, Dungeon Spectre, Slymime and Cake Maniac. There’s evil of every flavour: 17 skins in total – the evilest of all numbers! 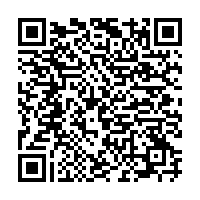 Dead Space is getting a new remake on PC, and Xbox Series X

The video game publisher announced Thursday. They made some plans to remake the popular survival horror video game for PlayStation …

Sonic Colors is getting an Ultimate remaster

Sega is remastering Sonic Colors, the beloved Sonic the Hedgehog game. Originally released in 2010 for Nintendo DS and Wii, …