Recently Microsoft pushed out updates for two of their MSN Apps. The weather and the news app, both had received the update bringing new features as well. The MSN Weather app finally received a transparent live tile which should have been there right from the beginning but I guess we shouldn’t be complaining anymore now where we have got the feature. The MSN News app on the other hand received a pretty nice feature which is generally known as chase-able Live Tiles.

Last week Microsoft had published those updates to Windows Insiders on the Fast Ring and now the updates are available for consumers with the latest version of Windows 10 Mobile. You can check for updates in the Windows Store and see if the update is available for your phone already. MSN News will then show different article on the Live and while it has done this before, you can now click on these Live Tiles and will directly come to the dedicated article within the app.

Chase-able Live Tiles are a sort of Widget like you might know it from Android. With the difference that it is implemented directly into the app tile. So you the developer doesn’t need to bring up a new thing, but can simply implement this into the Live Tile of his app once Microsoft has released this feature to developers. If your phone has not notified you about the update yet, you can download both updates from the links below.

Stay tuned for more Microsoft related news in the future and feel free to drop us a comment below with your thoughts on this story. 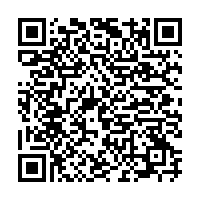 134
Microsoft
Surface Duo moving towards the international market gets a price cut in the US.

The world is undergoing an enormously rapid global technological transformation, and with these massive changes, the number of people shifting …

In yesterday's flagship event by Spotify, there were major takeaways. It included Spotify's plans for the coming years like expanding …