LINE, one of the most trending messaging app of last year in India. Because of the great advertisement and promotion, the app could attract many users. Now, the developer team behind the app has released a new update for the app. As you know, this is a rare update as the developers won’t update the app regularly.

The new version 5.4.1 is live now for Windows phone, Windows 10 PC and mobile. The update brings new features including previews of URLs that are shared in chats, now able to send and save original photos in chats and the ability to chatting with up to 200 people at once. So grab this nice update. 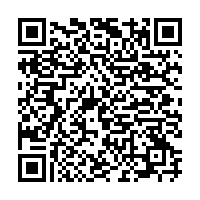 462
Apps
MixRadio to be Discontinued!

Amazing Tools Online to Convert Your PDF Files to Excel

Every file has a certain format depending on the program it was created in, whether it was on Word, PDF, …

WhatsApp receives approval to expand its payments services in India

WhatsApp began testing its payments service in India, back in 2018. Started early with 1 million users, in early 2018. …