During this year’s Microsoft Build event in San Francisco.

Microsoft announced that its next major update to the Windows 10 OS is called Anniversary update, they announced that it would be available this summer and with it a whole new set of new features, improvements and more.

You can test out most of these features if you join the Windows Insider Program and enroll in the Fast Ring (either on PC or Mobile).

Now according to PowerPoint slides, the guys at NokiaPowerUser obtained from the upcoming WinHEC event, the Windows 10 Mobile Anniversary Update will launch/roll out on July 29th, 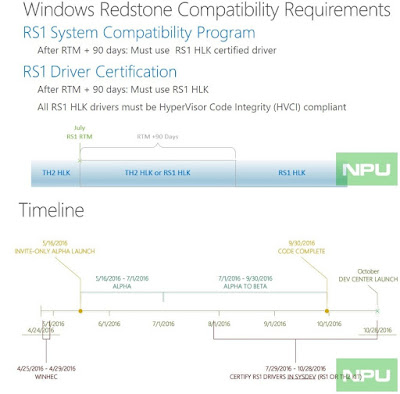 If this is indeed true, Microsoft doesn’t have much time to get this next big update ready for the general public. July 29th is only 2 months away.

RFID stickers compose of the surface layer, an RFID inlay, adhesive layer, and bottom layer. It can make it into …

Gmail Chat service is now available in early access for all users.

Google has started rolling out Gmail Chat service for all the users. Previously, the feature was available only for Google …

Galaxy Buds Pro Adidas Originals by Samsung with collaboration with Adidas to go on sale later this week.

Samsung is collaborating with Adidas for a new Galaxy Buds Pro Adidas Originals Special Pack, which will be up for …