Quick visit from the Q10

Mentioning the Nokia E Series phones from a while back always seem to warm the cockles of ardent Nokia fans. The Nokia E71 and E72 were seen as the quintessential “business” Nokias back in their day, going up against BlackBerry in the all-qwerty-candybar battles of 2008-2009. These phones had ridiculously good battery life compared with our touchslabs of today, and they got the job done. Apps weren’t all that important, but what was important, was the fact that you had all the letters of the alphabet right underneath your eager thumbs. 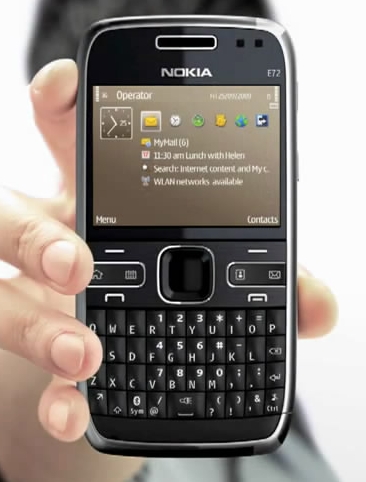 Fast-forward to 2013-2014, and it takes about a nanosecond to realize that for a top-end smartphone experience, you have plenty of touchslabs to choose from. Plenty. I say I plenty because they are all touchslabs. Well, almost all. It would seem that software has surpassed the hardware in the keyboard area of phones, and now, (citing the Nokia N9 as a great example) all you need is a screen. No buttons upfront necessary at all, except maybe a couple for your volume and another to power off the phone on the side. Everything else is done with the screen and the magical pixels it produces. Again, almost all phones look like this now. Because as we know, there is still one that manages to push and shove against the masses and demands to be seen as a lone wolf. It is, of course, the BlackBerry Q10. 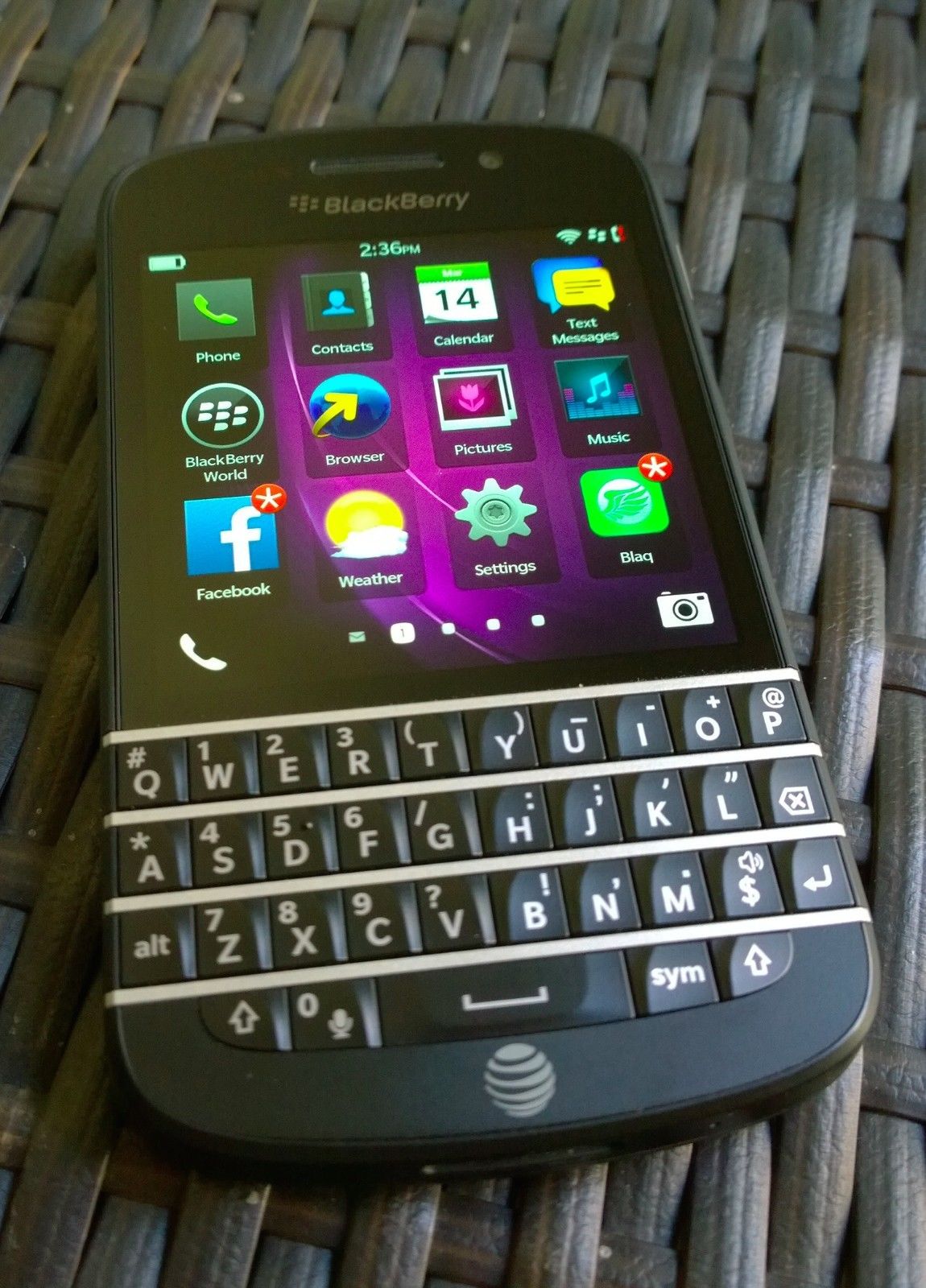 Tempted by the rather positive online reviews, but completely enamored by that hardware qwerty keyboard, something so rare these days, I bought one. BB10 was going to be my “next big thing” to coin a Samsung marketing phrase, and I was looking forward to using both my Lumia 1020 for its mammoth PureView camera qualities, and the Q10 for bashing out a million emails, texts, tweets, and anything else that meant those thumbs were going to be busy. I was also a little excited by the notion of dipping into a different operating system, and for the masochist in me, another OS that was “in trouble” and not either Android or iOS. I was looking forward to some tinkering, some side-loading, some hours of fun that would remind me of my happy N900 days. Which of course would be appropriate in another way, given that the N900 too, sported a fine full qwerty keyboard, albeit within the slider form factor as opposed to a squashed candybar. 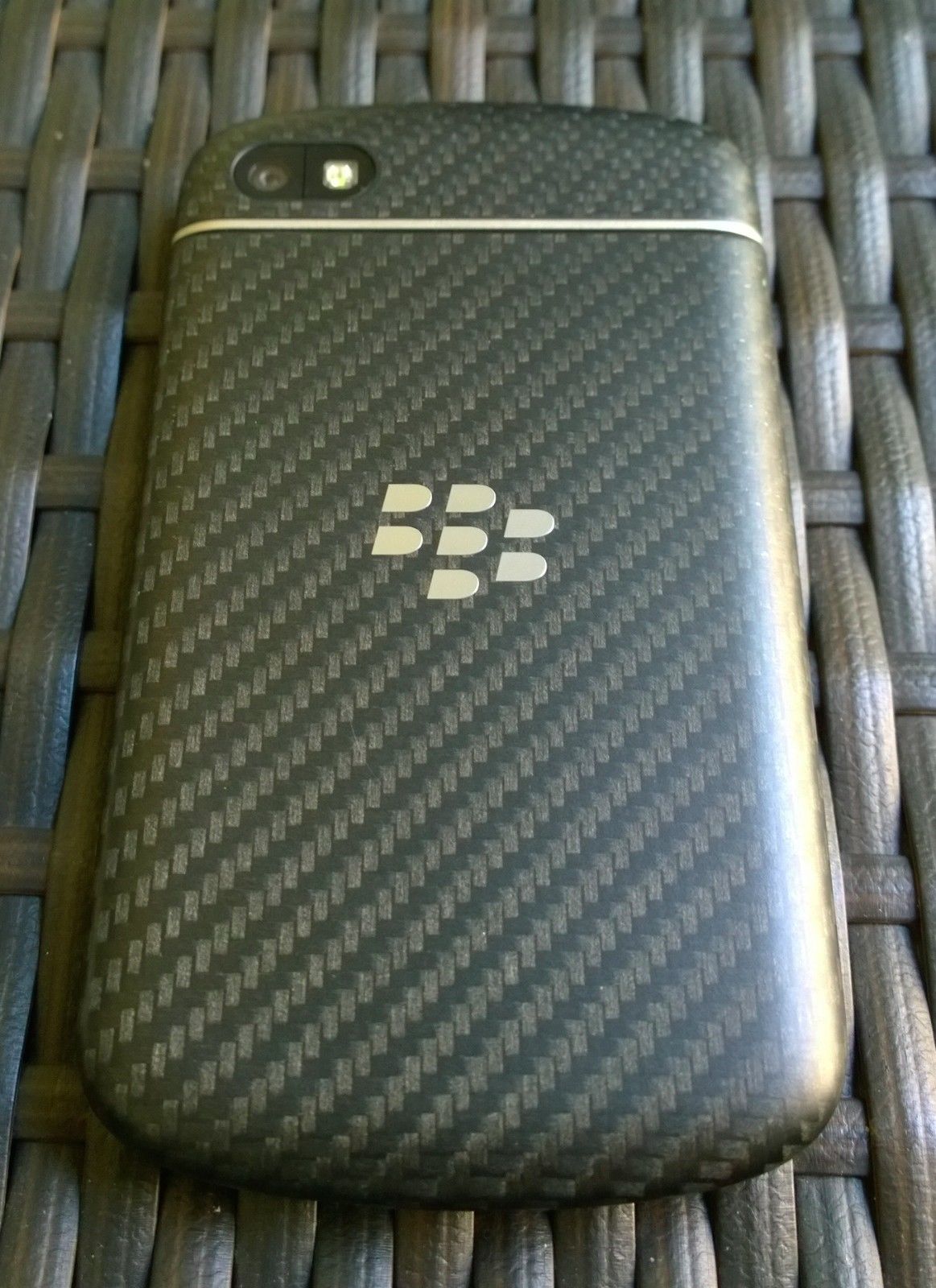 So to cut a potentially long and horribly boring story short: I didn’t like it. Actually, no, I did like it, but I knew that I was going to run into the problem of my love of a screen that is much bigger than the square 3.1” screen that the Q10 offers. I thought I was going to be ok with it, what with its 328 PPI nice and high, the BB10 OS all lovely and fresh, the keyboard offsetting it in a complementary way… but no. I was ok with it at first, and I did enjoy the swiping up and the swiping left and right on the screen (very MeeGo btw) and the keyboard IS a pleasure to use. I just found that the Hub was a bit of a mess despite my trying to filter it like crazy, and I guess I’ve really moved on and away from a homescreen setup that requires lots of side-swiping (Symbian) to get to what you need. I did like the little BlackBerry touches which make the experience very unique, and using the qwerty keyboard to shortcut into things was a great bonus, but something wasn’t quite plugging in for me.

Getting notified with a red LED is fine, but now I’ve been totally spoiled with Nokia’s Glance Screen on my Lumia (and Sleeping Screen on my Symbian phones and my N9 before it) I am now just not content to sit and look at my phone flash at me saying “You’ve got something! Not telling you what it is, but you’ve got something!” It’s a small thing I know, but after years and years of seeing what exactly it was that was new on the standby screen, it just bothered me in a rather large way. 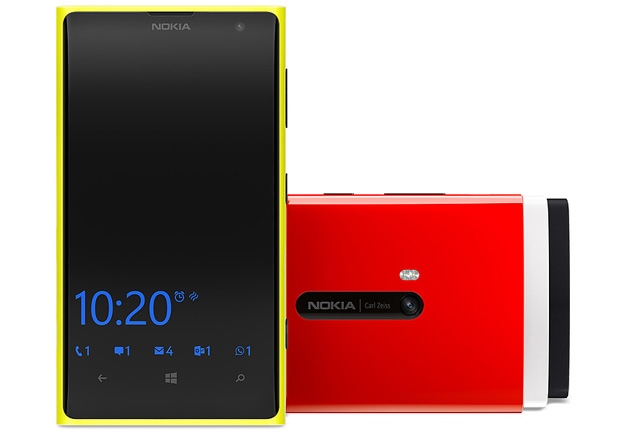 The BlackBerry 10 OS is fresh, updated and fast. I while ago I had a BlackBerry Curve so I was able to sort of compare the older OS to this new one, and it is leaps ahead of its predecessor. Not that I found it was leaps enough though. One thing that I thought was very cool was being able to find and download Android apps directly to the phone without too much tinkering. I had to manually install the latest 10.2.1 update (which was a small pain as AT&T should’ve sent this out ages ago) but after that I was able to install quite a number of cool, new and almost essential (for a New Yorker!) apps that aren’t available on Windows Phone. Apps like the popular taxi-hailing ‘UBER’ installed and worked without any problems. Unfortunately, I remember a whole slew of Android apps that when installed didn’t look right or work properly, and I could only blame the screen’s square and odd dimensions, but loads of apps had to be uninstalled right after they were installed for various reasons. Which was a shame, but I secretly expected it. I had heard on various podcasts that this sort of Android app implementation worked rather well with the Q10’s older brother, the all-touch Z10, but the Q10’s quirkiness in form factor was obviously going to be a problem. 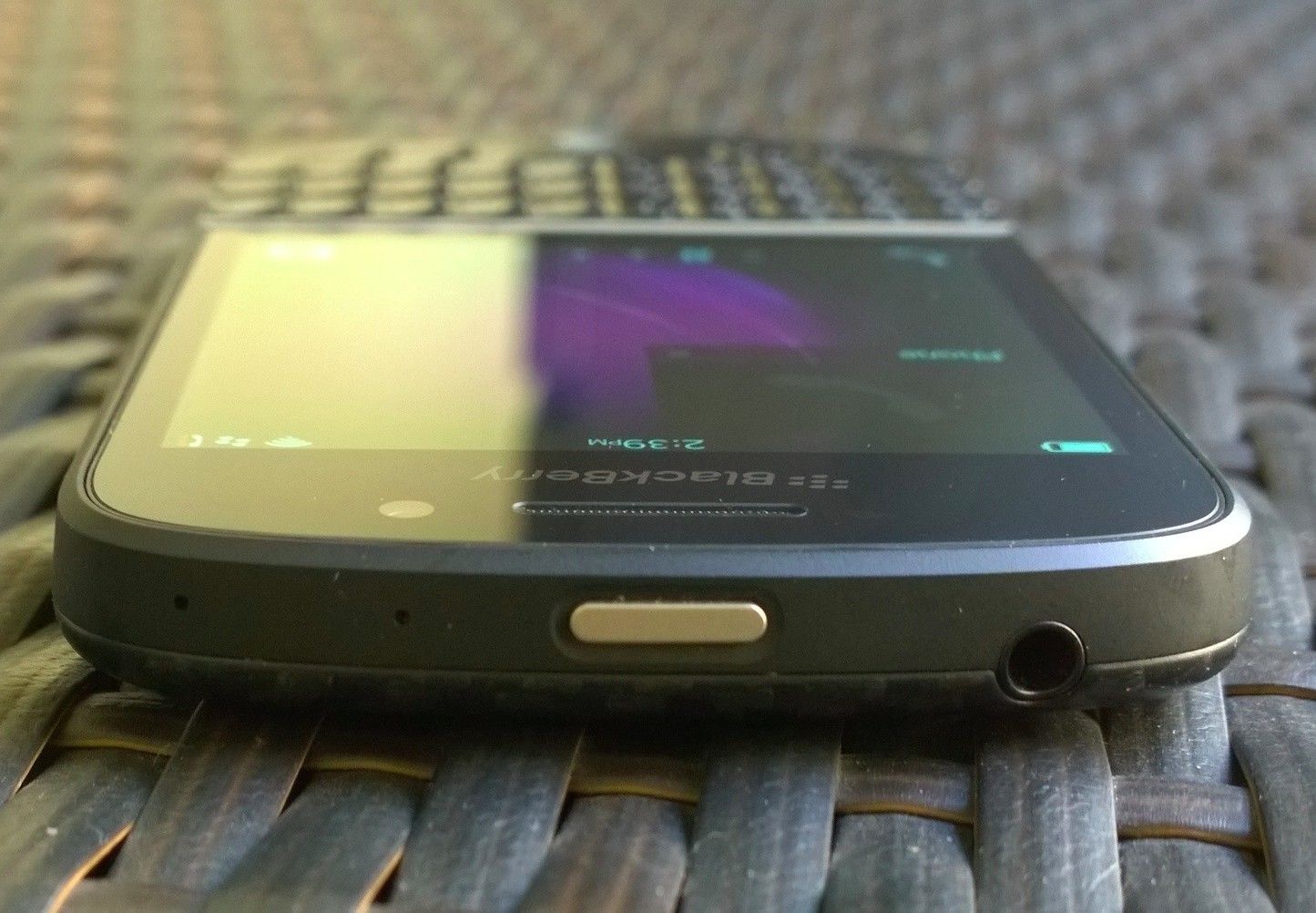 I also ran into other pitfalls that any good Nokia fan would fall into: lack of apps that you know and love. Maps for example was present, but it was a shadow of what I’m used to with Here Maps, Drive+ and Public Transport. Sometimes I tried to ignore the fact that BlackBerry had tried to come up with some great apps of its own and that my Nokias were tapping me on the shoulder the whole time trying to get my attention, but it’s just the fact that the Nokia apps are both better in terms of features and reliability, and that they look better on the screen that put me off the BlackBerry offerings. There’s no MixRadio for one thing, and once you’ve used that for a while, you are hooked into its own little ecosystem, and without that on the Q10, I was a little lost music-wise.

There were lots of great features on the Q10 that I can see people falling in love with. It’s very light, the battery lasted a good two days, the keyboard is a lovely experience, and it is a fast and snappy phone. But there is just too much that I was missing, which I doubt I would be if I was testing out the new HTC One M8, for example. (After a quick ten minutes with that thing, all I can say is, everyone better step up their game!) 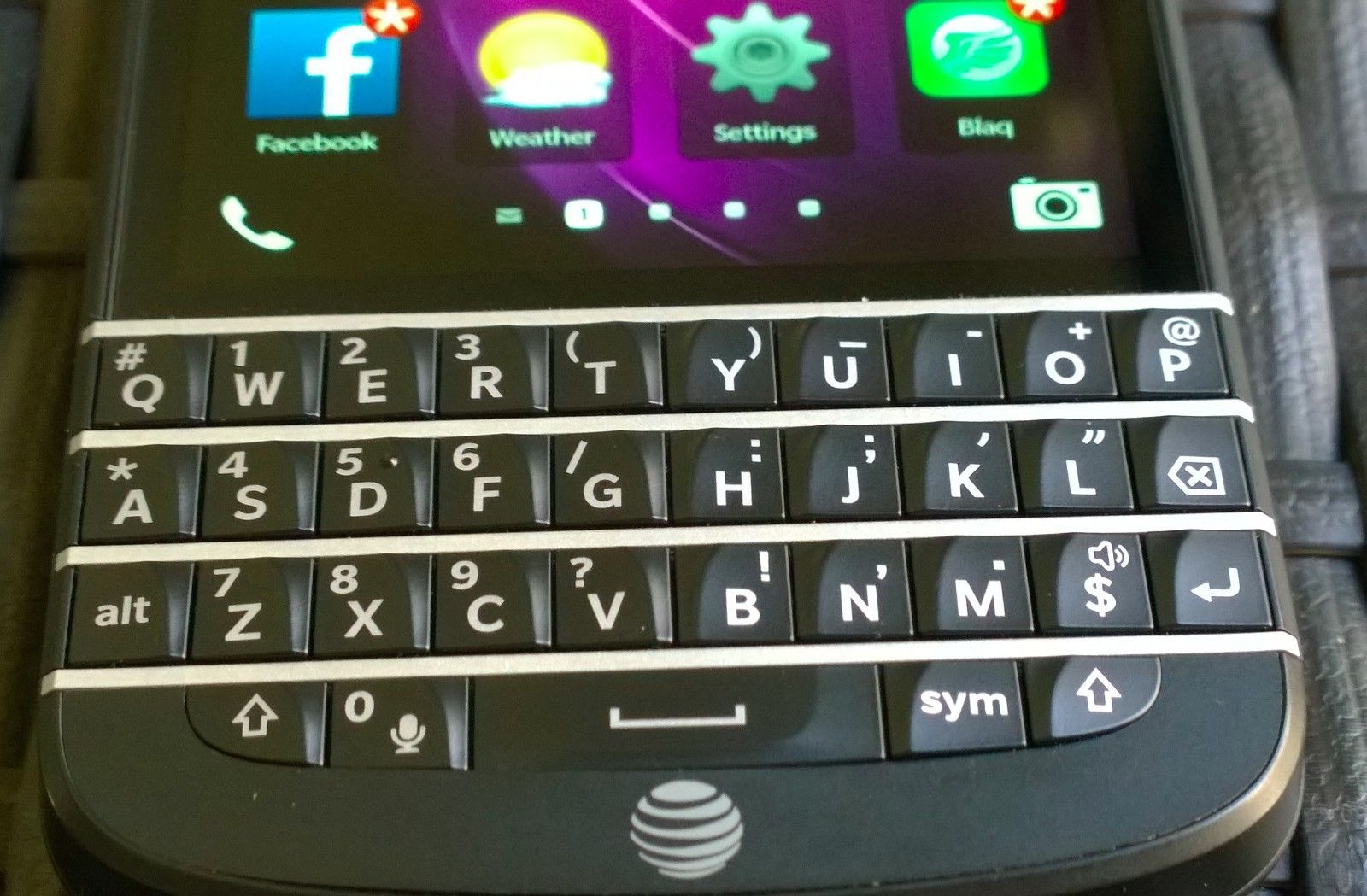 So I sold it on, hopefully to someone who won’t spend their whole time with it comparing it to the phones they really love, be they iPhones, Androids or Nokias. It is a very unique device in a space that is choking with devices that all look alike, and I love BlackBerry for having the cojones to put this out there while knowing it won’t outsell the next Galaxy S or the next iPhone.

As for me, I can see from here that I have three text messages waiting to be read on my 1020’s Glance Screen…