It wasn’t that long ago that I was lugging a Nokia 808 PureView around in my pocket, whilst also considering switching my SIM card over to my Nokia N9 when I got back home. It wasn’t that long ago I was turning my nose up at Nokia Lumia ads on TV either, and shaking my head in bewilderment at my Twitter feed when I read people espousing the virtues of Windows Phone 7.5. I couldn’t stomach it for my own mobile needs though. Sure, I’d bought the Mrs a Lumia 710, but the only reason I had really plonked down the cash for that low-end of Lumias was because I wanted to have a little play with this holier-than-thou OS and see for myself what all the fuss was about. At the time it was the only other Lumia available in the US aside from the Lumia 800, and it was cheaper than the 800, which also only ran on AT&T’s 3G network, while the 710 ran happily on T-Mobile and that is who we were signed up with back then. 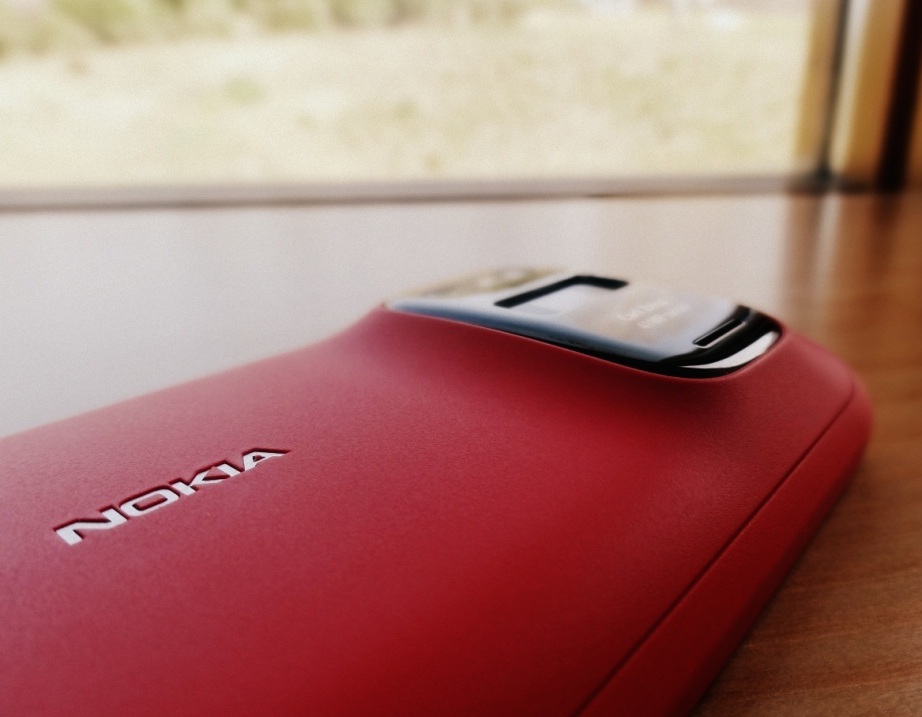 What did I think of the Lumia 710 then? Yuk. No thanks. I was a proper OS snob. I couldn’t understand why anyone would design a phone OS and not include the option to have a wallpaper background on the homescreen; I mean, this is Windows afterall – isn’t desktop wallpaper de rigueur when it comes to Windows? And looking back I was totally put off by ‘Live Tiles’. I remember thinking, how could you ultimately enjoy using your phone when you can’t even have folders on the homescreen, even my N9 could do that! I just couldn’t go there, and then, when I started using it, (or rather I was helping my wife set it up), I was baffled/frustrated/amazed that seemingly simple tasks such as transferring music were akin to working out US health insurance. Zune?? Holy crap, are you serious? And don’t get me started on the whole Bluetooth incompatibilities. “Don’t worry, love,” I’d said. “We both have Nokias, so this photo I want to transfer to your phone will be a cinch. Just let’s get the Bluetooth up and running and pair our phones.” Yes, you know what happened next. One of the most eye-poppingly unbelievable messages pops up on the Lumia. “Incompatible device”. Yeah, ok, that’s fine. They’re both Nokias, so that makes perfect sense!! AAARRGH!!! 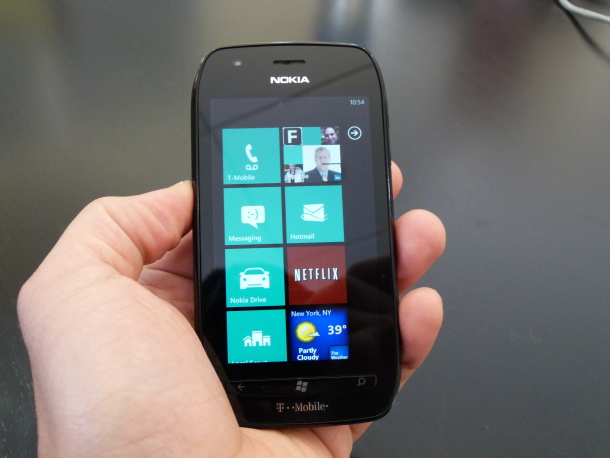 Yes, early Windows Phone was not my friend. And let’s be honest here: I was (or at least I tried to be) a loud voice for the N9. I began writing on the N9-dedicated blog, EverythingN9.com. My MeeGo friend had attached itself to my heart and by around the time the first Lumias were announced, Nokia’s attention had certainly started to wander away from their oddball, ginger-haired MeeGo child and onto their new Lumia angel children. Understandable from their point of view if they were going to continue to make any money. Kind of. But as an N9 stalwart I stood by and allowed my resentment to curdle, and my disdain for Microsoft’s ‘intrusion’ (the way I saw it) into my favourite mobile phone maker’s environment, hardened as the months went by. 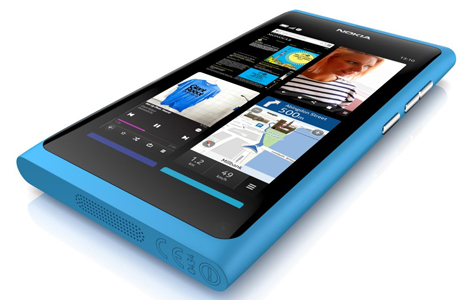 So what the hell happened? Here I am, sat next to my gorgeous Nokia Lumia 1020, and right now, I wouldn’t swap it for any other phone in the world. In. The. World. Don’t even bother offering me an iPhone 6 from the secret underground labs at Apple Mountain. Keep your Samsung Galaxy same-as-before 5. At this moment in time, my Nokia Lumia 1020 does absolutely everything I need it to do, and in a way I absolutely love. Yes, I said love. C’mon, the photos this thing produces by my own amateur hands? It’s gotta be some kind of magic. 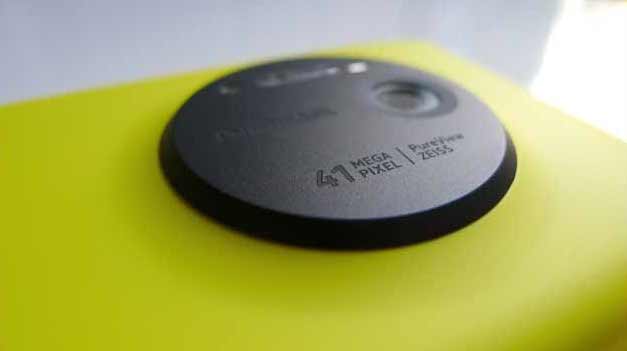 So, a Start screen with no wallpaper and no widgets and flaky Bluetooth and Zune? Forget the last two, and I don’t care about the first two anymore. Honestly, I’m very satisfied with seeing my Start screen look the way it does, and moreover, I can actually find more use in this homescreen than I ever did on my N9 or 808 PureView. Really, no kidding. Seeing that I have six unread emails, a text message, and something new going on in Facebook is great, and just made even better when the phone’s screen goes into standby and those same notifications carry over onto the Glance screen. I can choose to ignore them, but if I forget about them, this is an excellent way to remind me to check those emails and reply to that text at some point in the near future.

Things are only going to get better, and quite soon if all is to believed. Windows Phone 8.1 is bringing a ferry-load of features that will update the whole operating system, in a way that will completely transform how the OS is viewed right now, both by its users and by the iPhone/Samsung biased tech media. I’m not going to list and relist everything you already know, but the fact that we might be able to set all of our tiles as a sort of mosaic wallpaper certainly solves that little problemo for anyone still hankering after a permanent photo of their cat front and centre all day long. And notifications are set to be beefed up enormously with this so-called ‘Action Centre’ pull-down notification panel, where you could find out exactly who those emails are from, y’know, the ones that you knew you had because you saw your email icon and a number 6 on the Glance screen… rather superb if you ask me. 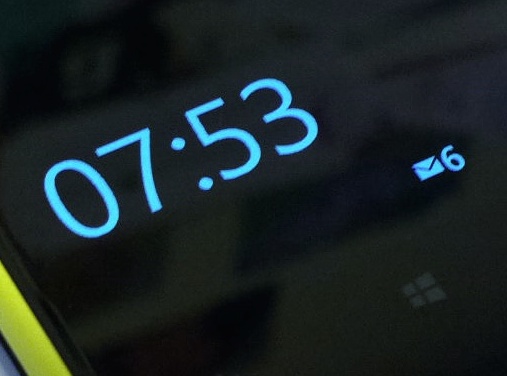 Another occasionally-overlooked boon of the WP Start screen is the fact that it scrolls vertically, and you can actually add an almost infinite number of tiles to it. Now while I wouldn’t recommend pinning all of your apps, games, photo albums and music albums to the screen (but you can if you want to!) this is a much better solution to navigating the upfront stuff than horizontal scrolling. We’ve all tried it: you’re hanging onto the pole or strap on the bus and you need to get to that all-important app. If you are side-scrolling it’s actually more difficult to move your thumb in those directions than if you scrolled up and down. Try it out now, you’ll see there’s a slight difference in what feels more comfortable when you scroll down that list as opposed to scrolling to the right (if the phone is in your right hand, for example). As Steve Litchfield would say, simple physics, really. So this is also something I’ve become accustomed to in my daily use of Windows Phone since August 2013, and I’ve never really looked back. 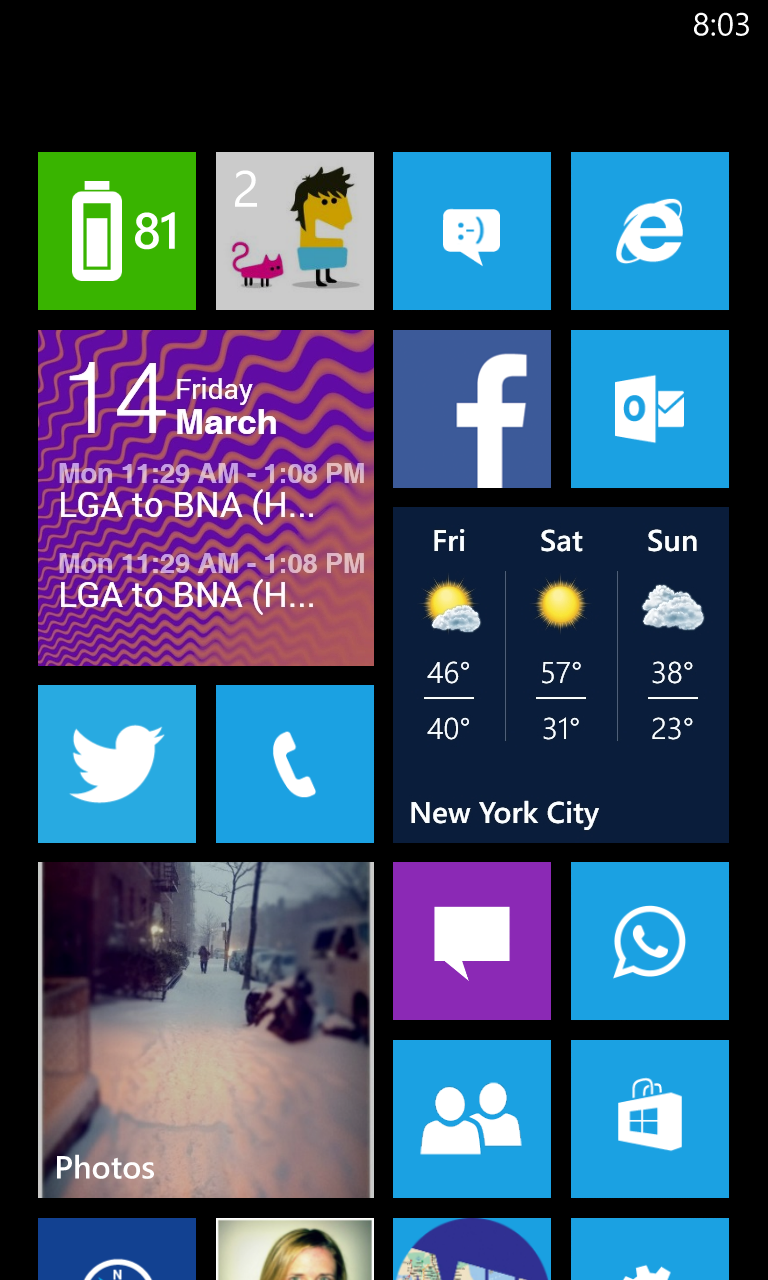 There are some really excellent features coming our way, not to mention Bluetooth LE which will open the door for advanced wearables such as FitBit trackers working in sync with the Lumia line up.

If there is anything keeping people interested in Windows Phone, it’s the fact that it has actually come a long way since those creaky, early days when the Lumia 800 and 710 were announced. Apps aplenty have come our way, and they keep coming. The ecosystem has been slow getting off the ground, admittedly, but I look through my app list occasionally and I think to myself, I’m not really missing anything. Which of course is a good thing.

Oh but what’s that I see over there? A Nokia N9! And look a little further… a Nokia E7! Yes, I am a sucker for good Nokia hardware. These are two of my all-time favourite devices, and I will probably never let them go. Sure the software side is starting to show its cracks in Symbian and MeeGo-Harmattan, no doubt about it, big cracks in some areas, but they are still completely usable and fun to use. Apps are large gaping holes in both MeeGo and Symbian – on my Lumia 1020 I’m always immersed in some show on Netflix or Hulu+, or photographing cheques for deposit with my Chase bank app, or trawling through Amazon or eBay in those respective Windows Phone apps. I can’t really compare 2013 technology with that of 2010, but apart from the apps I use frequently not being on those two older platforms, I am very happy to delve back in, as it were.

But, incredibly surprising to me, I find myself longing for my swipey Start screen in Windows Phone after not very long, and before I know it, the N9 is sim-less once more and I’m tapping on Live Tiles like it’s second nature.

Hopefully, more and more people around the world will become exposed to Windows Phone with 8.1 this year, and once more and more people recognise the pure fun and usefulness in the OS and all it has to offer with its informative rotating live tiles and ‘swinging gate’ animations, developers will get onboard with the OS more, and the ecosystem will go from strength to strength.

Yep, for me, I’m definitely a convert. When people now inquire, “Oh what phone is that”, I don’t feel like a traitor replying “It’s a Nokia Windows Phone” – I feel they will appreciate my choice more if they can reference something they might recognise from TV ads. Just saying “Nokia” here in the US, well, your American friend is more-than-likely going to think of heavy grey bricks and playing Snake. 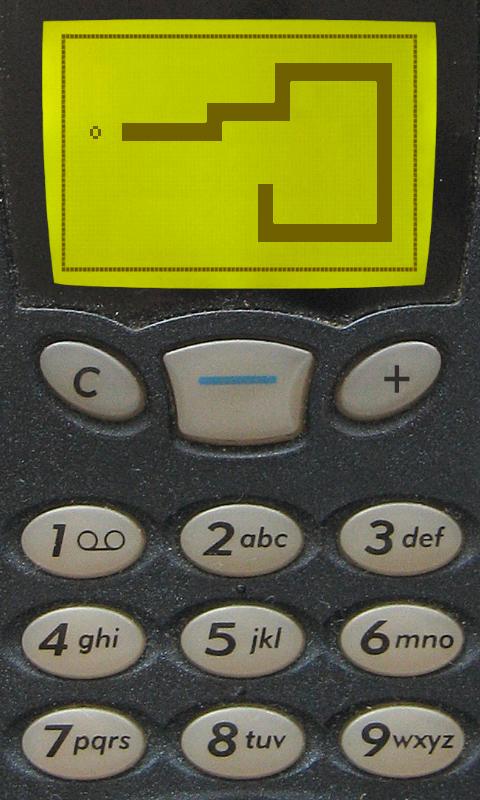 Times have moved on, and so have I. My next moment of utter surprise? When I find myself longing for a phone other than my yellow Lumia 1020. I think this one’s going to be with me for a long time yet. 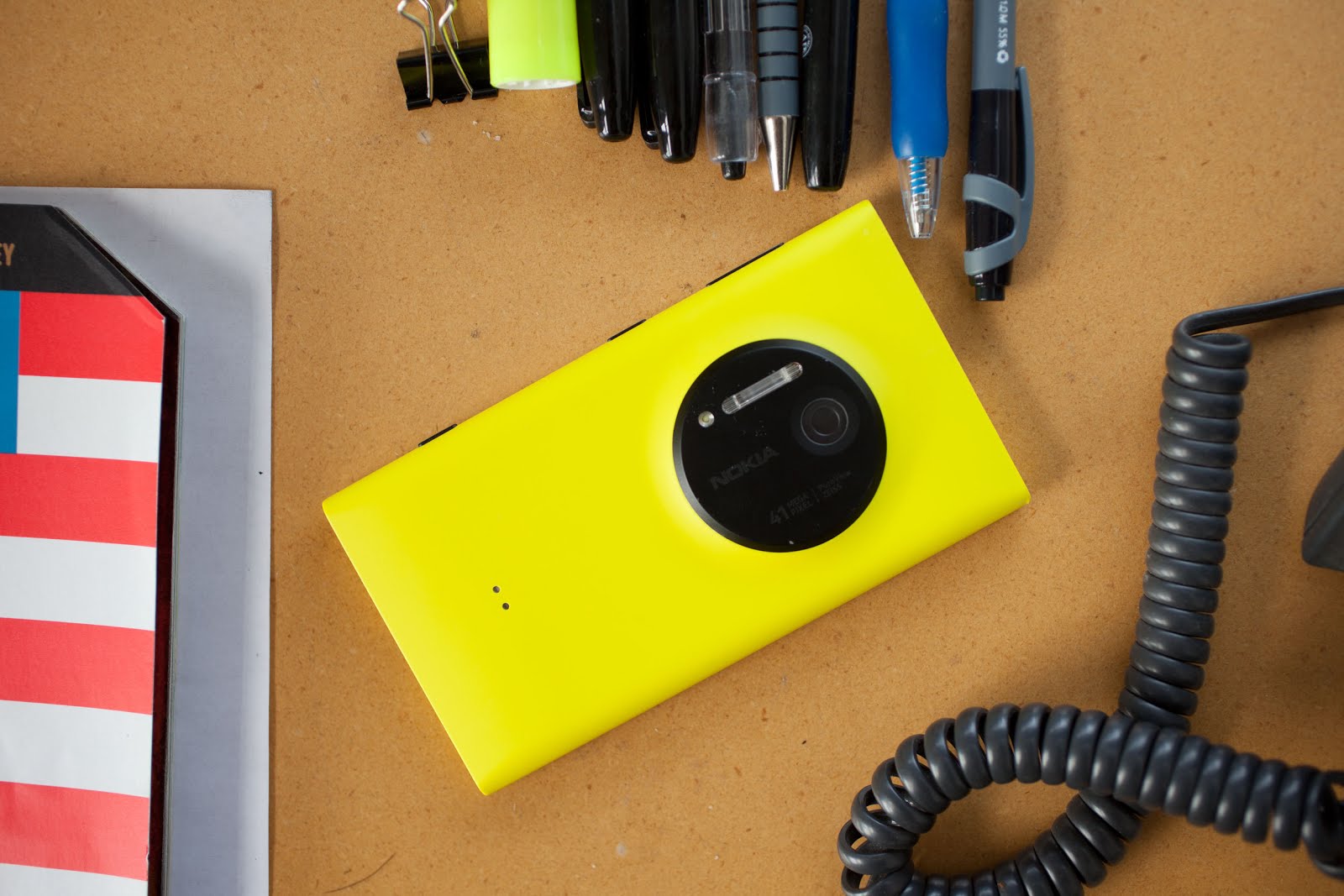 Previous articleMicrosoft To Finalise Nokia Aquisition Within 20 Days
Next article1 Million X Preorders! So, Should Nokia Have Gone Android From The Start?