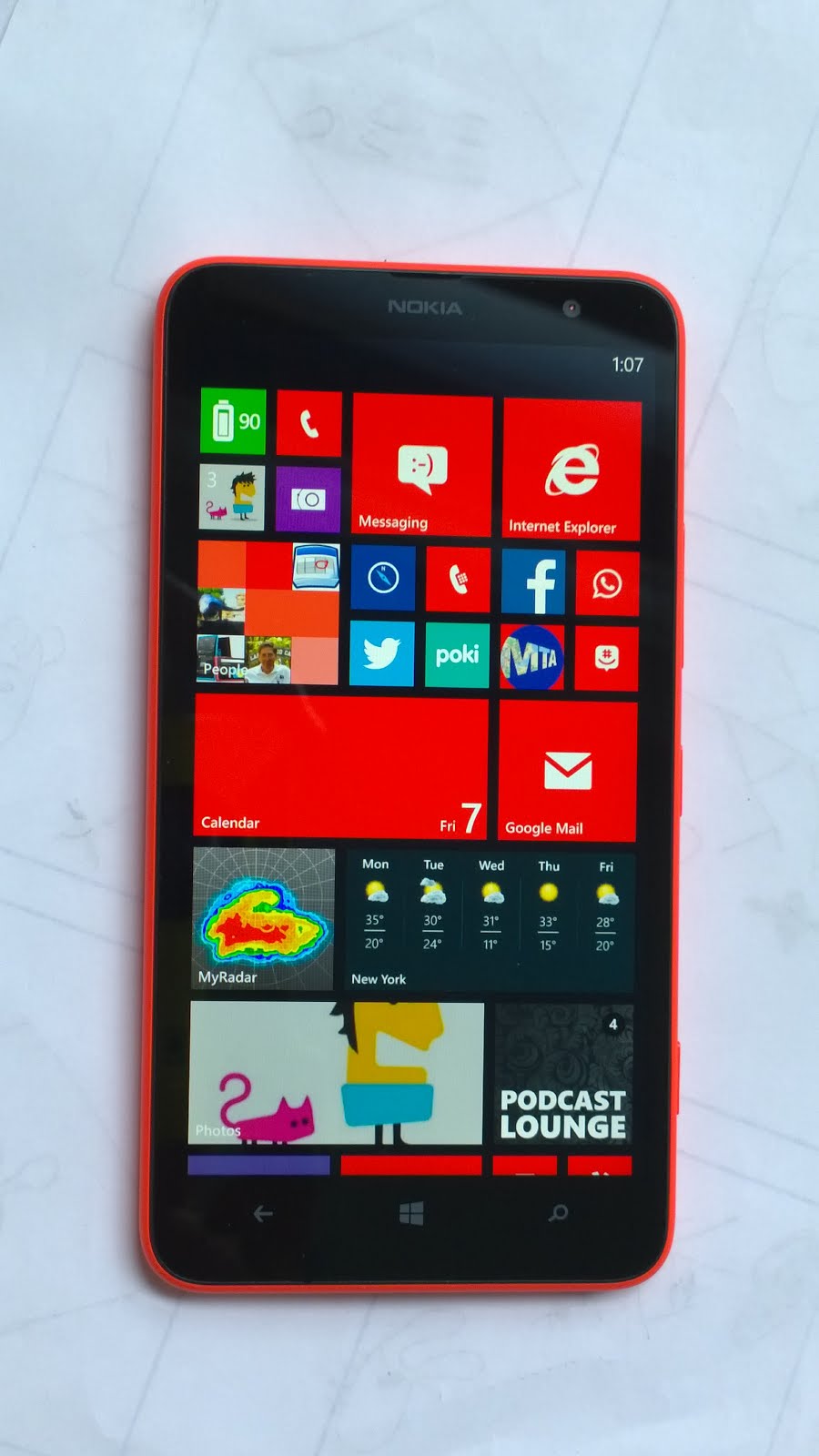 Lenny has a habit of lending me fabulous devices to try and test out, which is why I keep him on speed dial. Most recently, he stopped by and handed me a bright orangey-red Nokia Lumia 1320 to have a play with. Eager to test out a device that I knew would be the biggest Nokia I’ve ever used, I slipped my simcard into it and loaded a back-up from my Microsoft account, a back-up that was uploaded from my Lumia 1020. 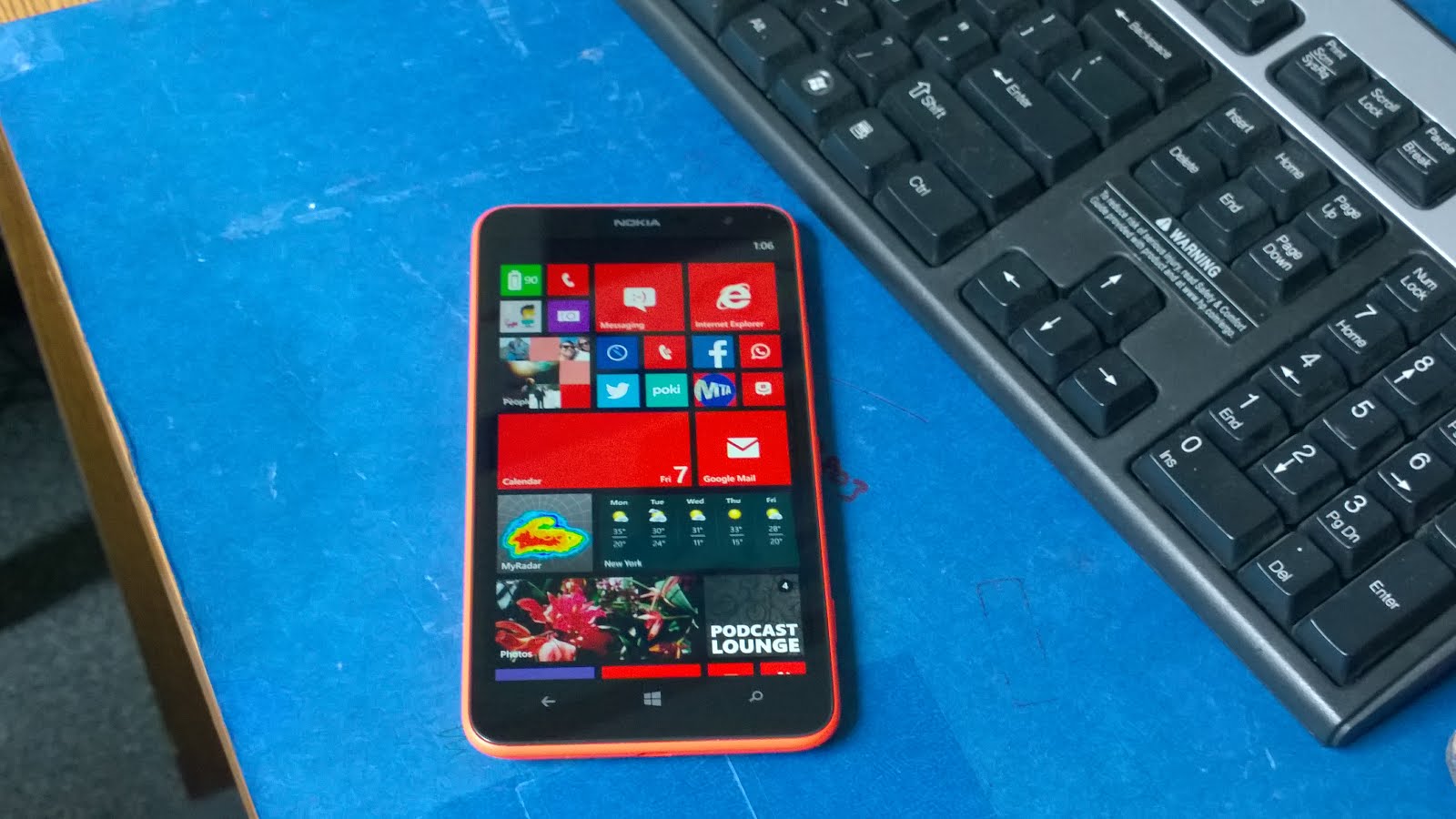 The first thing I had to do was some serious deletin’. You see, the internal memory of the 1320 is a rather meagre 8GB, which realistically turns into about 5GB that the end-user gets to play with. Once my back-up was done (mainly apps and text message back ups) I had a shocking 143MB free! Worried that I was about to experience the running-out-of-memory error message that I hadn’t experienced since my S60 days, I went about uninstalling all of the games and apps I knew I wouldn’t need for the trial. Bye bye, Angry Birds GO! I’ll play you on my 1020 😉 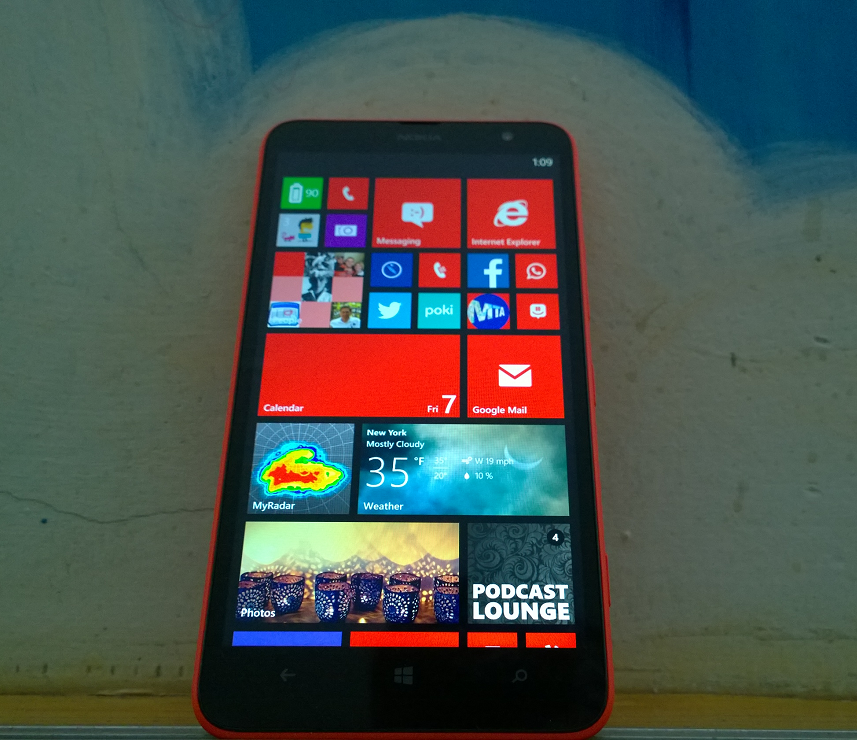 The good news is that the 1320 has a slot for a microSD, but as we know, at the moment in Windows Phone 8.0, apps can not be saved to the card. Luckily this is one feature that is coming along with the 8.1 update later this year. Owners of 1320s all over the world must surely be grateful for this, as 143MB ain’t gonna last you long. Remember, this is *before* I had wanted to store any music or photos! 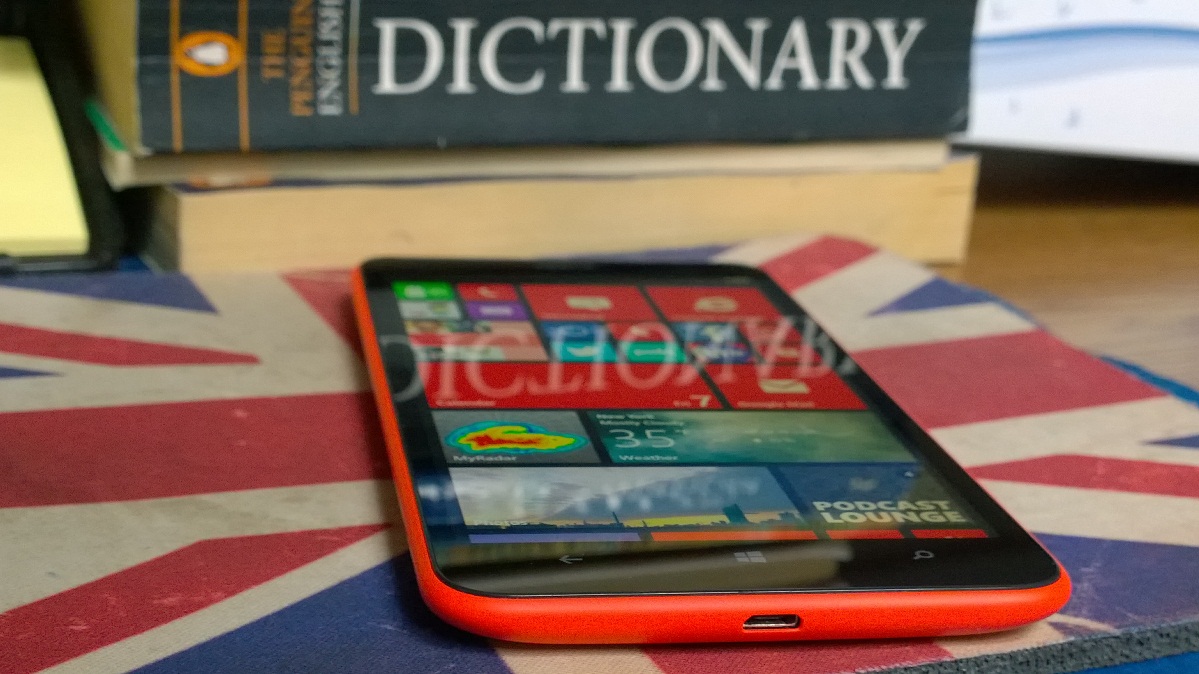 So, the 1320. It is a big hefty heft heft. No, it’s not hefty as in heavy. It’s just big. Big in the hand, big in my pockets – and I buy ‘relaxed fit’ jeans! It was just too big for me. And I’m glad it was in a way, because the reason Lenny wanted me to try his 1320 out was because I had tweeted that I had started lusting after a red 1520, the 1320’s souped-up, sexier version. In order for me to see if a massive 6” screened device could ever be my cup of tea, the 1320 was a great device to trial. Because it wasn’t long before I had decided that, despite the long list of lots to love, its overall size isn’t for me. My Lumia 1020 is probably the perfect size for my hands and pockets, (and weight, as in the phone not my weight) and while I absolutely loved the big screen of the 1320 when watching YouTube videos and viewing Flickr photos, it was a little on the wide side for when I wanted to text, tweet and email. Definitely a two-hand device, no bones about it. My thumb would barely reach halfway across the screen, so trying to hit the back arrow with one hand was actually impossible. But only just.

As for the camera, well… it’s a no frills camera unit here. 5MP non-Zeiss kinda deal, the sort of thing your grandma wouldn’t mind using, but Steve Litchfield fans would turn their nose up at. Compared (rather cruelly) to my Lumia 1020, it’s just in the “that’ll do” category. I doubt you’ll see many Flickr 1320 clubs springing up. 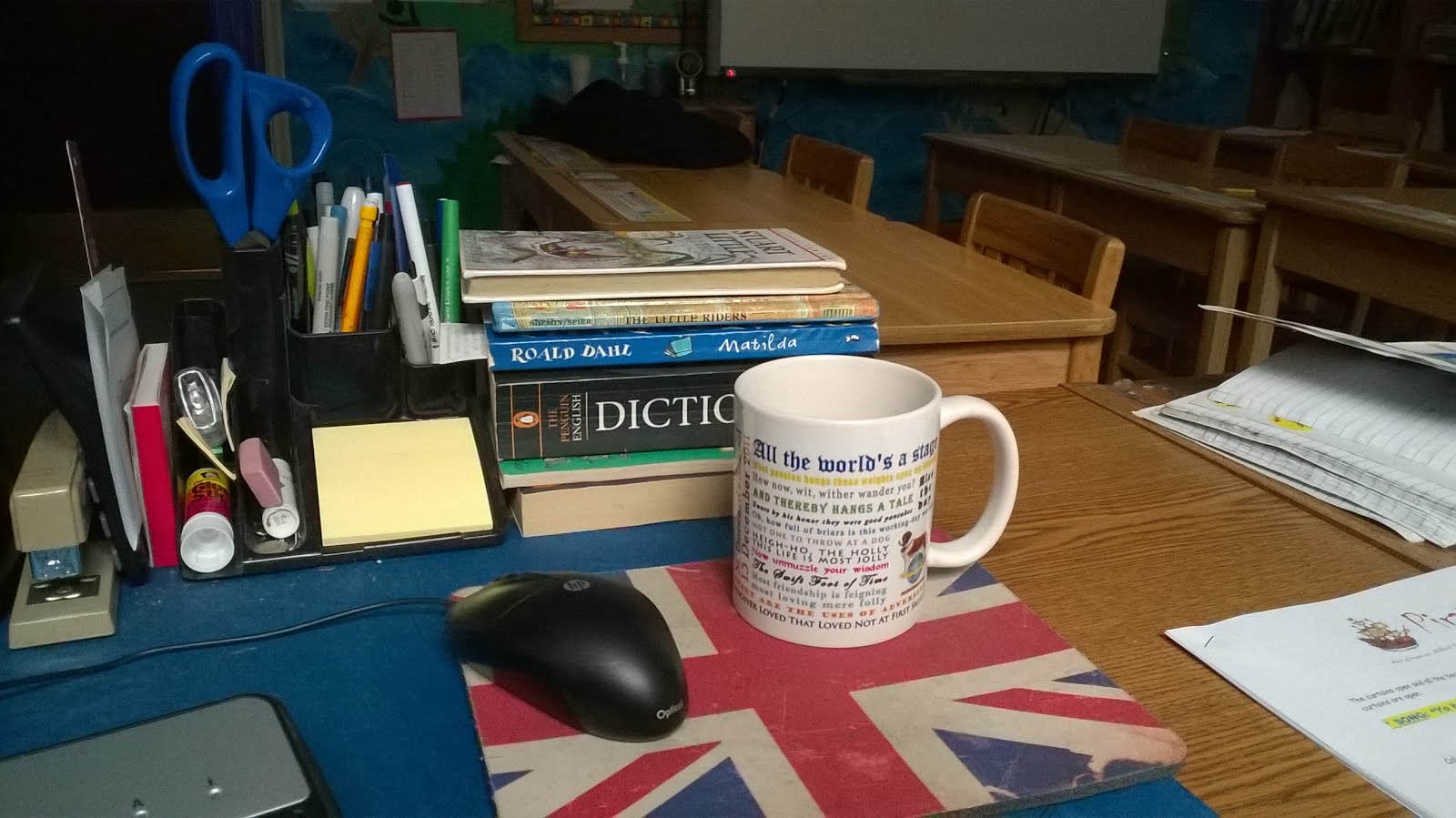 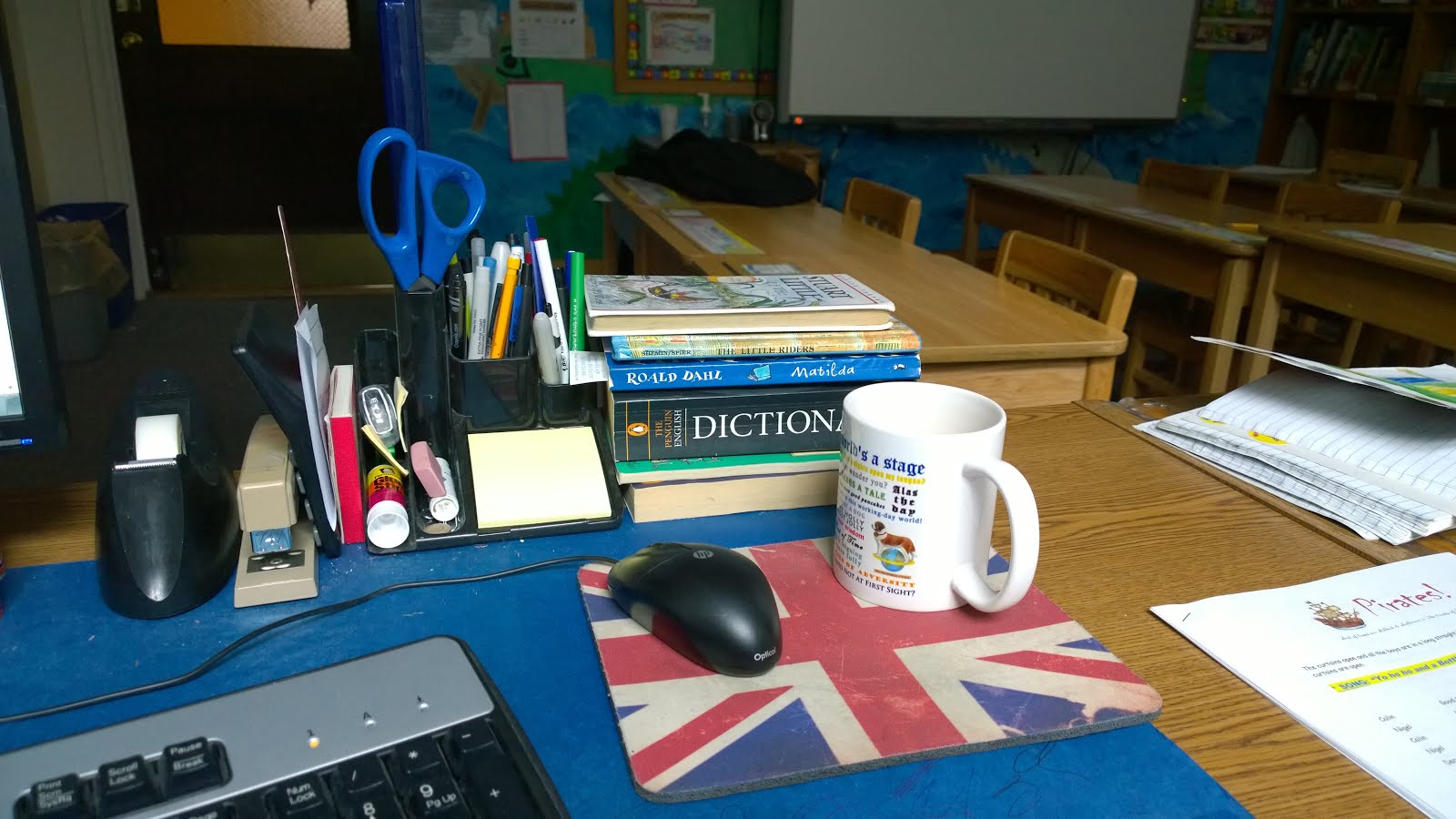 So with this in mind, it wasn’t long before my sim was back in the 1020. Saying that though, while not for me, I can easily see how this size of phone would appeal to those with slightly larger than hands and who can handle the extra width of the device. As long as you can find that comfort zone, the extra screen feels luxurious, decadent even. It’s like you’re saying to the world, “Yeah, I know I could have a smaller phone, but I want it all!” I should’ve seen this coming though, as not too long ago I gave the Samsung Galaxy Note 3 for a spin for about a week. Its size was just too much, and I was forever dreading dropping the thing onto the unforgiving street. At least with my Lumia 1020 (and N9, E7, and BlackBerry Q10) I don’t have that fear because I can actually hold the phone securely in one hand, (and a raspberry jam donut in the other). And when something you’re holding costs a large numbers of dollars, the hefty can sometimes be seen as the vulnerable. 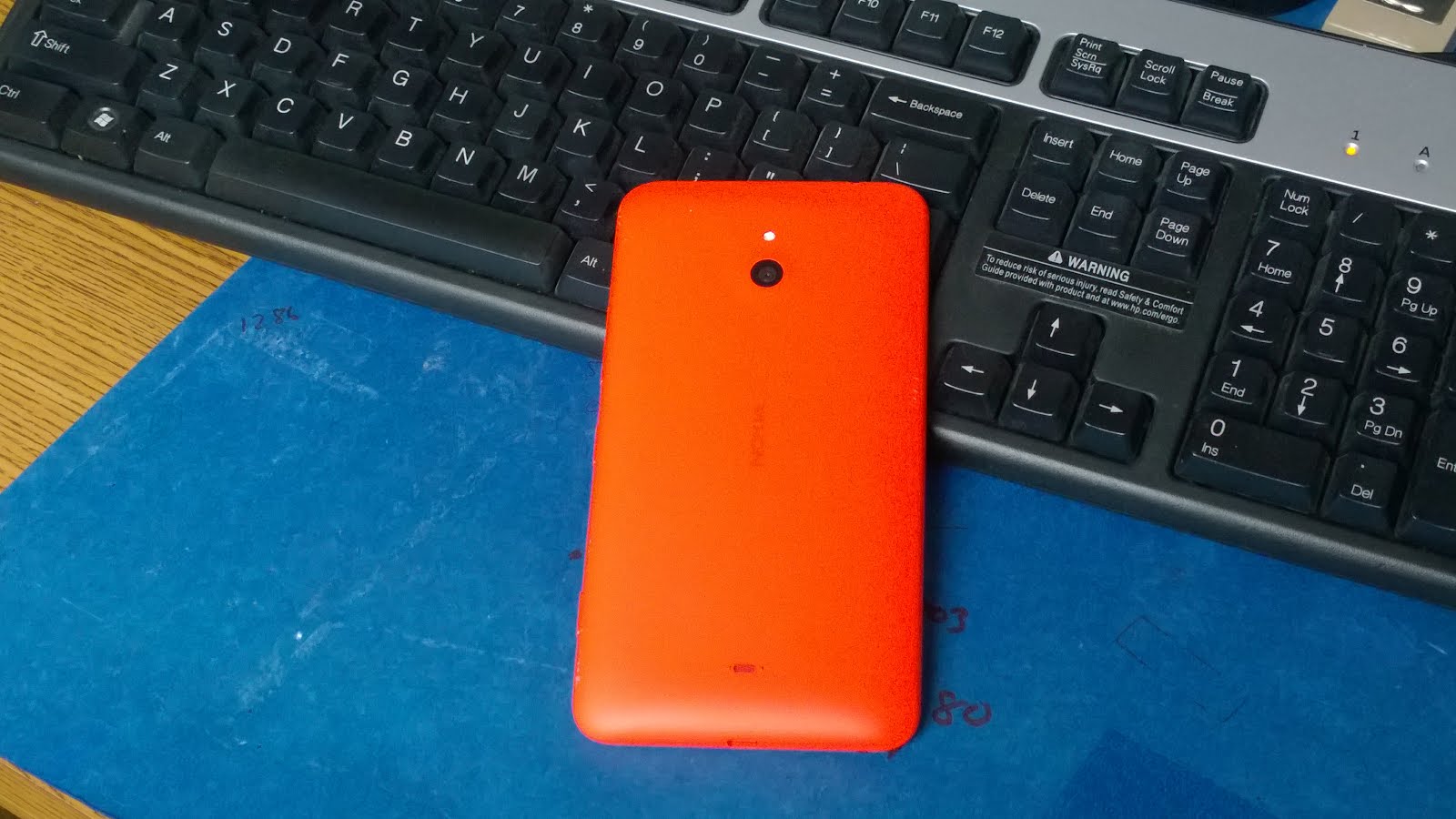