I used to write for EverythingN9.com before Lenny at Nokia Innovation tapped me on the shoulder and asked me to write for this site. I was a huge Nokia N9 fan, and in many ways I still am, but time changes things, and it moves us on. Whether or not we want to stick with the device and operating system we loved years ago is a matter of personal preference, and I am very firmly of the belief that if someone likes something for whatever reason, then that is their free and fair choice to make. 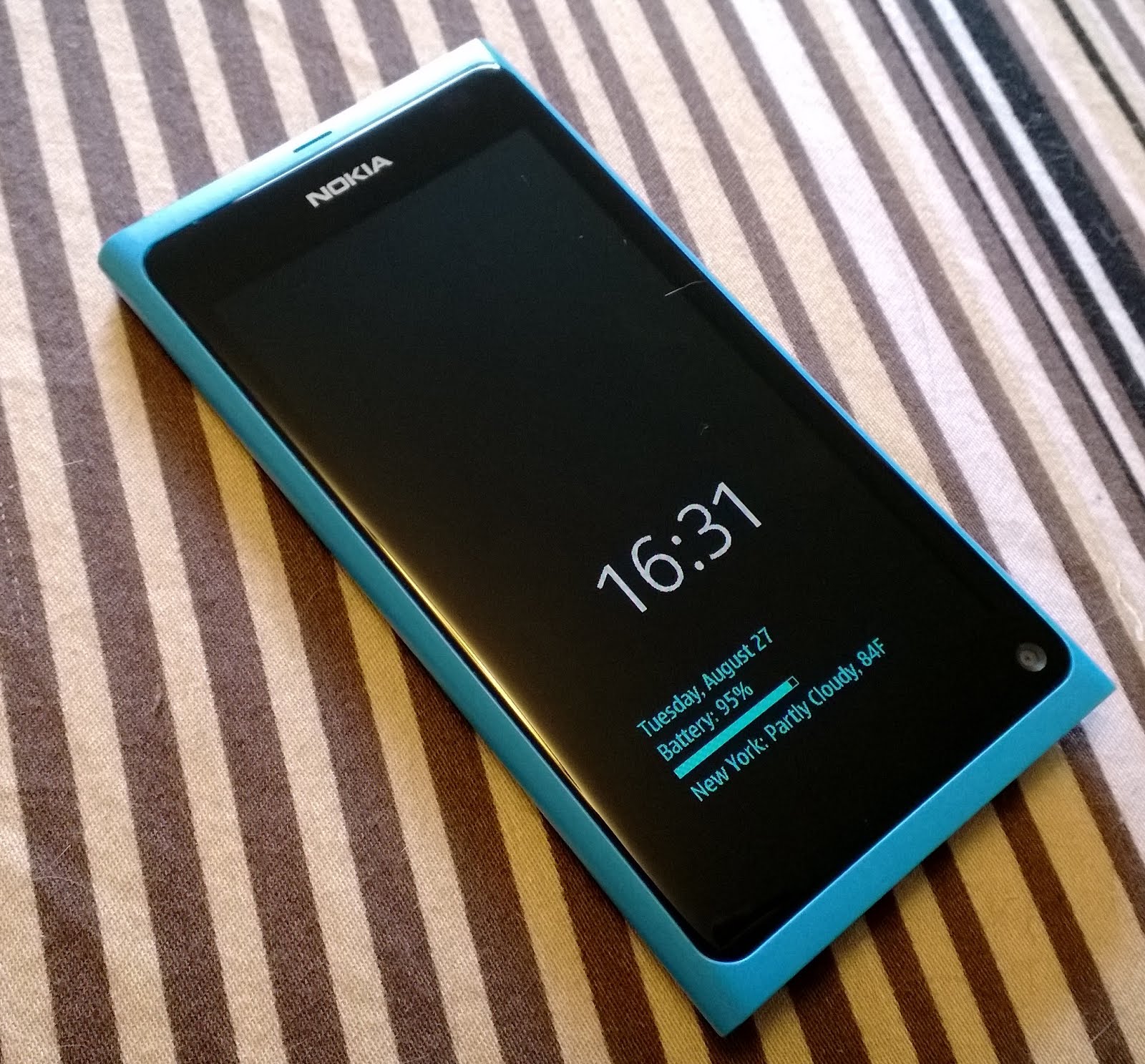 I recently read a rather excellent piece on EverythingN9 by one of the newer writers, Antoine. His piece described how he feels right now about the N9, how it stands as a marker in the timeline to where Nokia had developed a superb design language and where the company could have gone if Symbian had failed them and there wasn’t another option out there. Of course we now know there was another, far more appealing option to the CEO and the Board in the form of Windows Phone. But the N9 was still released despite this strategy change, and a year later, the Nokia 808 PureView was released running not Windows Phone but Symbian, the very OS that was alluded to as the ‘burning platform’.

Some people will baulk at the mere mention of Windows Phone. Not me. As someone who has thoroughly enjoyed the Symbian journey, loved the MeeGo pitstop, and who is now dipping his toe in the Windows Phone adventure, I feel that I am starting to make the transition.

Heresy! I hear you cry. I’ve just read your latest post on the 808 you utter hypocrite! How very dare you, sir!!

Ok. Let’s take a deep breath for a second. I am not, for one micron, suggesting that MeeGo and Symbian (despite what the blogosphere and TwitterLand tell you) are dead, useless, ancient and need to be consigned to the WebOS land of OS ghosts without a second’s hesitation. Both Symbian and MeeGo have many favourable points, and of course, as in the 808’s case, have some extremely good and noteworthy hardware points. But as September 2013 quickly approaches, these two old fellas might tell a great story and know how to make the perfect omelette, but when it comes to more of this modern magickytrickery, they aren’t a great deal of help. 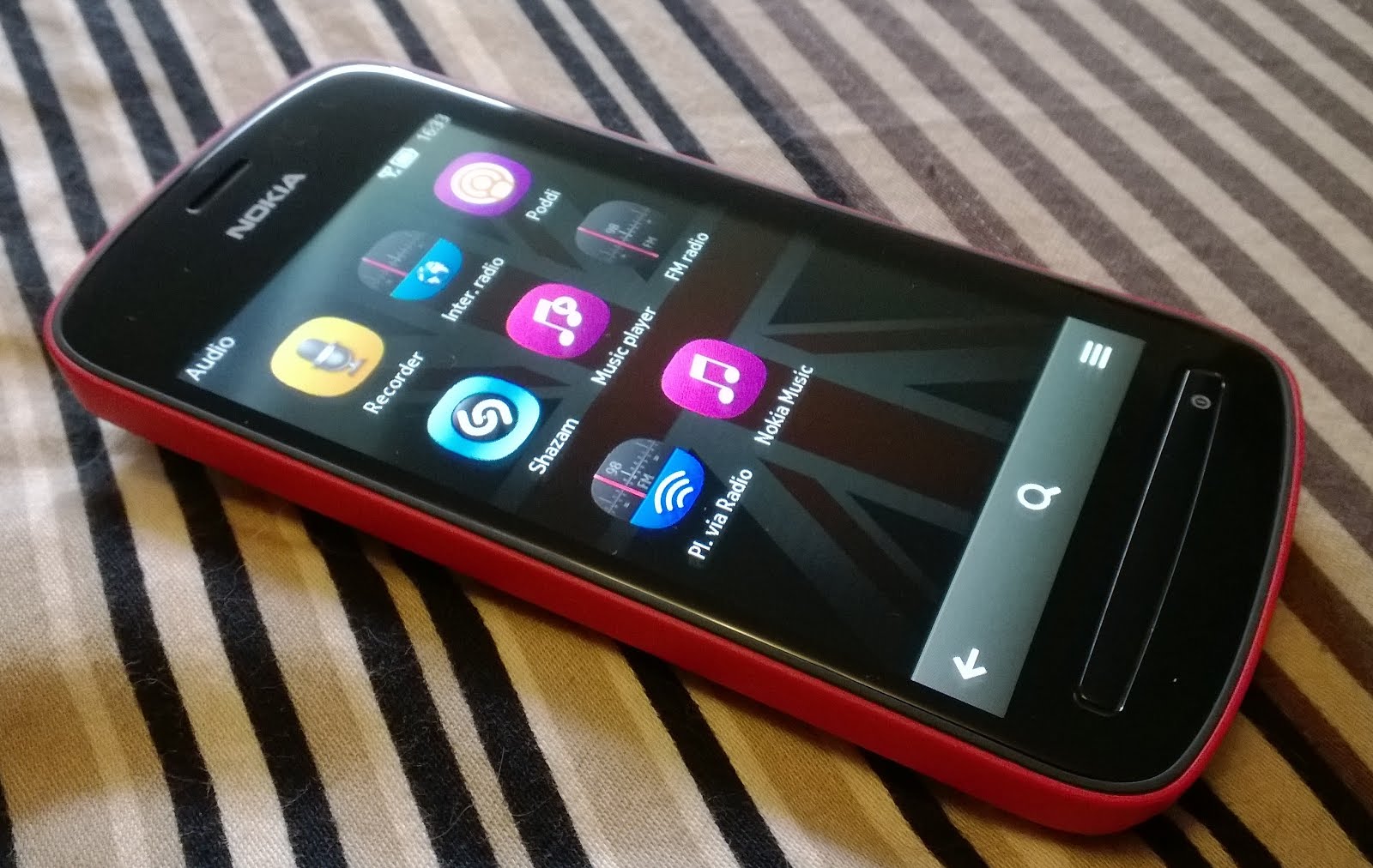 Allow me to explain.

I have had, for quite a while now, a Lumia 810 on loan from the nice chaps at Nokia Innovation, via Nokia USA and T-Mobile. I recently purchased a Nokia Lumia 521 for myself, so that I still have a WP8 toy around when the 810 has to go back. What I’ve found in this time is that there is something very attractive about a very modern OS with some welly behind it (think iOS7 or Android JellyBean if you like). People are not running out to buy Symbian phones right now. Even if Nokia released a new Symbian device, hardly anyone would buy it. Why? Put simply, to the eyes of the average punter (basically everyone not reading blog sites like this!) the iOS/Android flavoured OS looks way more sexy and sleek on screen than Belle FP2. The higher screen resolution alone will sway them the Apple way. A good looking, flashy and swish OS is very nice to look at, even if under-the-hood it’s lacking a few important useful bits. 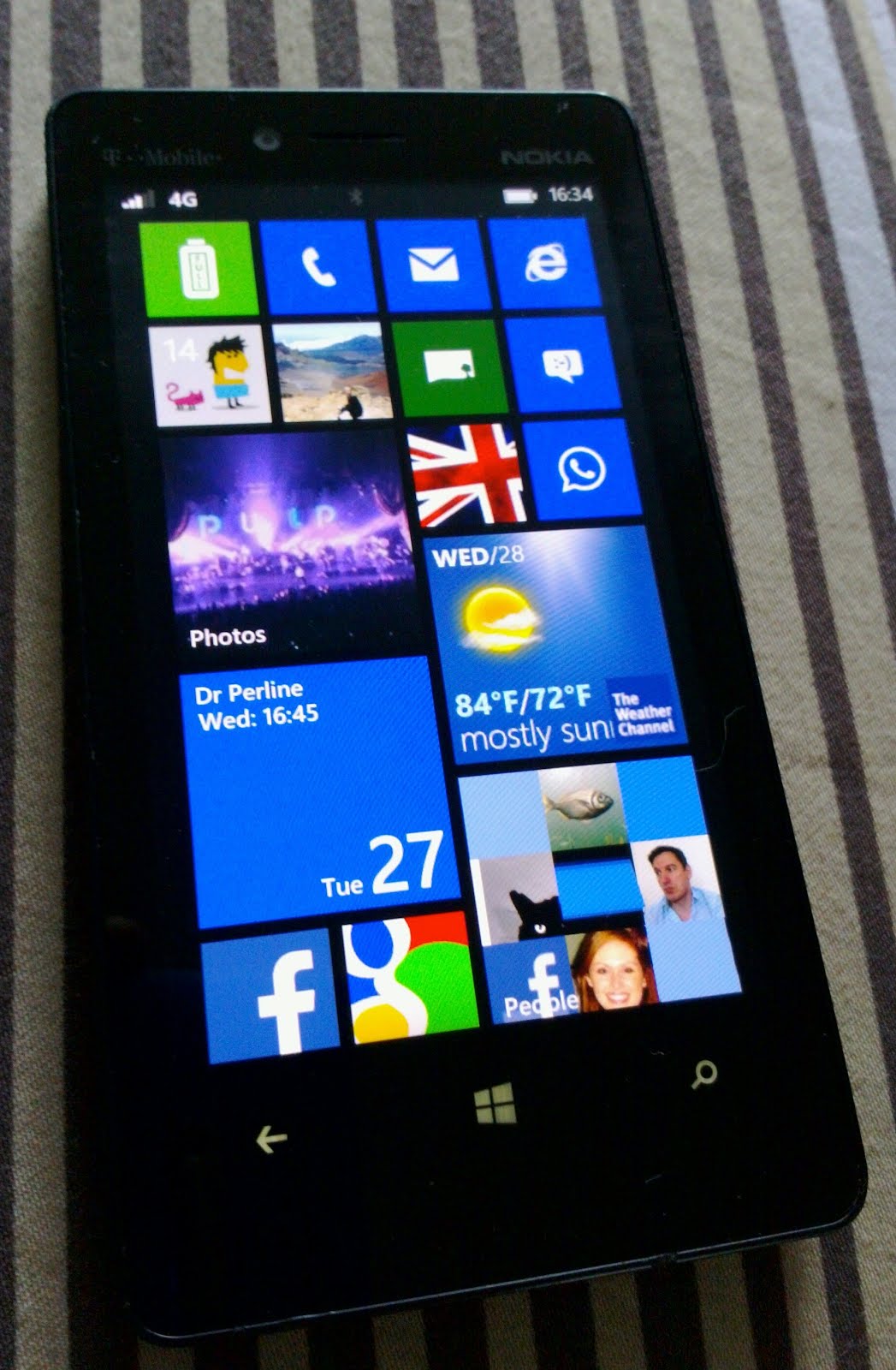 How about this analogy: (humour me for a moment, if you will) – Symbian is like a steady wife; she’s always there for you, gives you awesome advice, stands by your side, and makes a mean shepherd’s pie every Thursday night like no one else. But then (for whatever reason) you split up, and in time you move on. Somehow you end up with a gorgeous, much younger woman who just happens to like older men. Take a look in any gossip magazine next time you visit the dentist – it happens.

Symbian is the wife, but iOS, Android and Windows Phone are the lovely young lady. She’s got all the good looks and knows all about current pop culture and can rock on the dancefloor until 3am, but ask her about that shepherd’s pie and she’ll be reaching for the Bird’s Eye version in the freezer.

Andy, what the hell are you on about? Well all I’m saying (through a totally bizarre analogy!) is that Windows Phone is amazing, it’s fast and it’s sleek, but there are still things that I miss from the old faithfuls, Symbian and MeeGo that may or not may not come with future iterations of the Microsoft platform. For example, it does seem a teeny weeny bit silly that equalizer settings are not available within the music player app, but rather via the corridors and cubicles of Settings. Hmm. And within the camera UI (Lumia 1020 aside here I think) choosing different modes or trying to change various settings seems way too arduous. Some simple permanent onscreen menu buttons and/or dials would alleviate too many screen taps for my liking. Another minor gripe: I like to know if people have received text messages I send (maybe their phones are turned off?) and with Symbian and MeeGo, a simple, quick pop-up message appears for a short moment to let me know my sms has been received. I’ve had and enjoyed this feature for a long, long time. In Windows Phone? Hmm. A completely new and entire text message is received to let me know, simply, that my sms reached its destination. How very 1998.

Don’t get me wrong, this isn’t a Windows Phone bash fest. I’m just trying to describe how someone who is a staunch Symbian and MeeGo supporter could even begin to enjoy – and perhaps even step over to – Windows Phone. And if someone is willing to be that open and all-embracing, then why not Android, an OS that is surely more closely aligned to Symbian than Windows Phone? 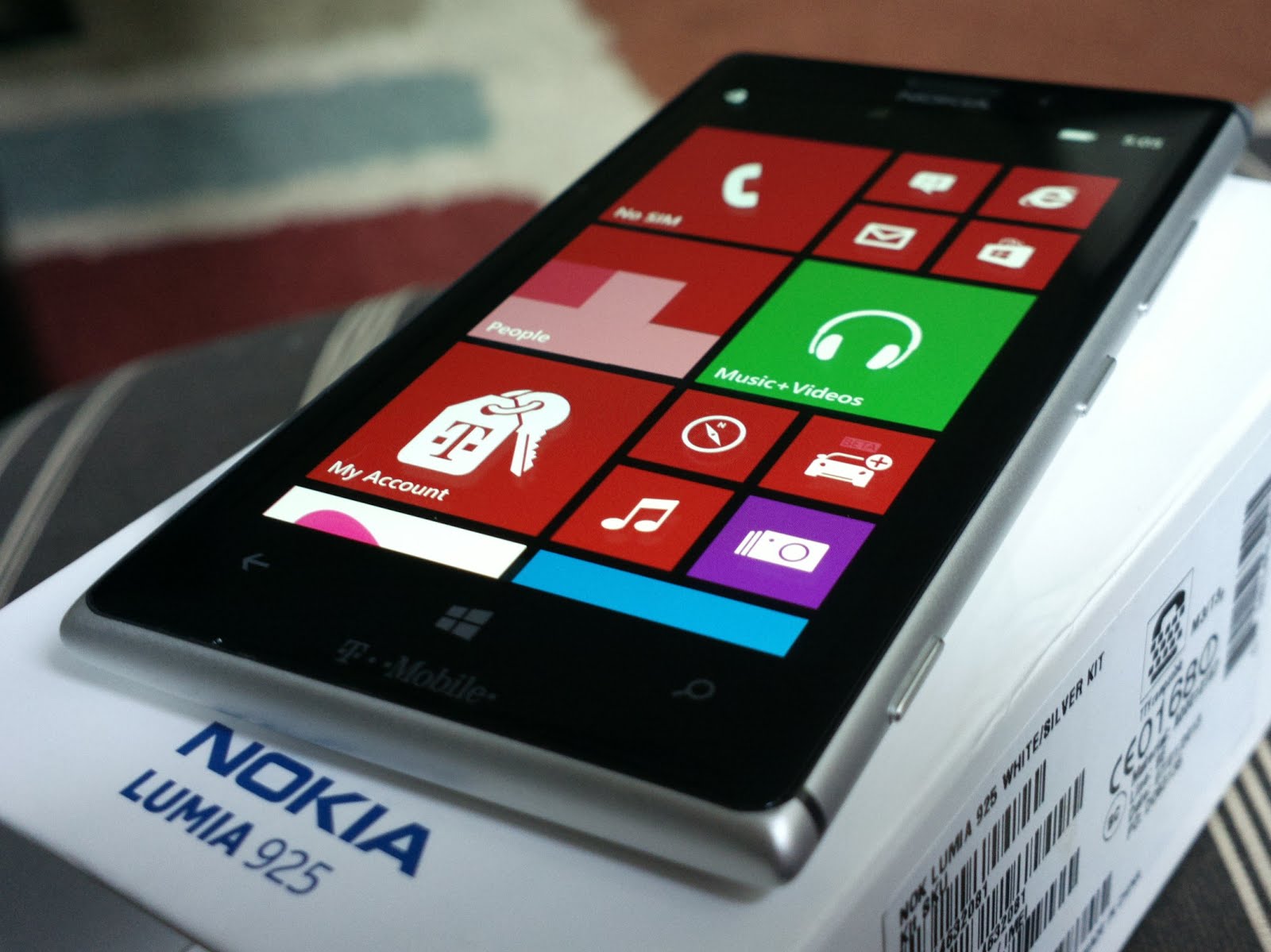 Well here is the other, very important factor: Nokia, Nokia, Nokia. The Finnish company have produced very reliable and sublimely-designed devices over the years, and in the likes of the Lumias 920, 925 and 1020, that particular strength clearly isn’t fading. But what else draws someone looking for pastures new back to Nokia? The community. Connecting People? You bet. Ever since signing up to the Nokia Discussions pages and delving into some truly friendly discussions with some truly friendly people, I’ve not only been hooked on Nokia’s hardware, but its users. Sounds strange I know, but one thing Nokia fans seem to have in common is that they’re all jolly nice folk. Guys who will engage in friendly banter on Twitter or Nokia Discussions, techies who will offer fantastic advice and know-how, and actual Nokia employees who will offer their point of view as well. And actually meeting these people face-to-face simply confirms what you knew already; they really are jolly nice folks! And I think that, coupled with a love for a brand I’ve been attached to since my very first mobile device (a Nokia 101 in 1993, although it was only loaned to me. My first true Nokia purchase was the much better looking 232). 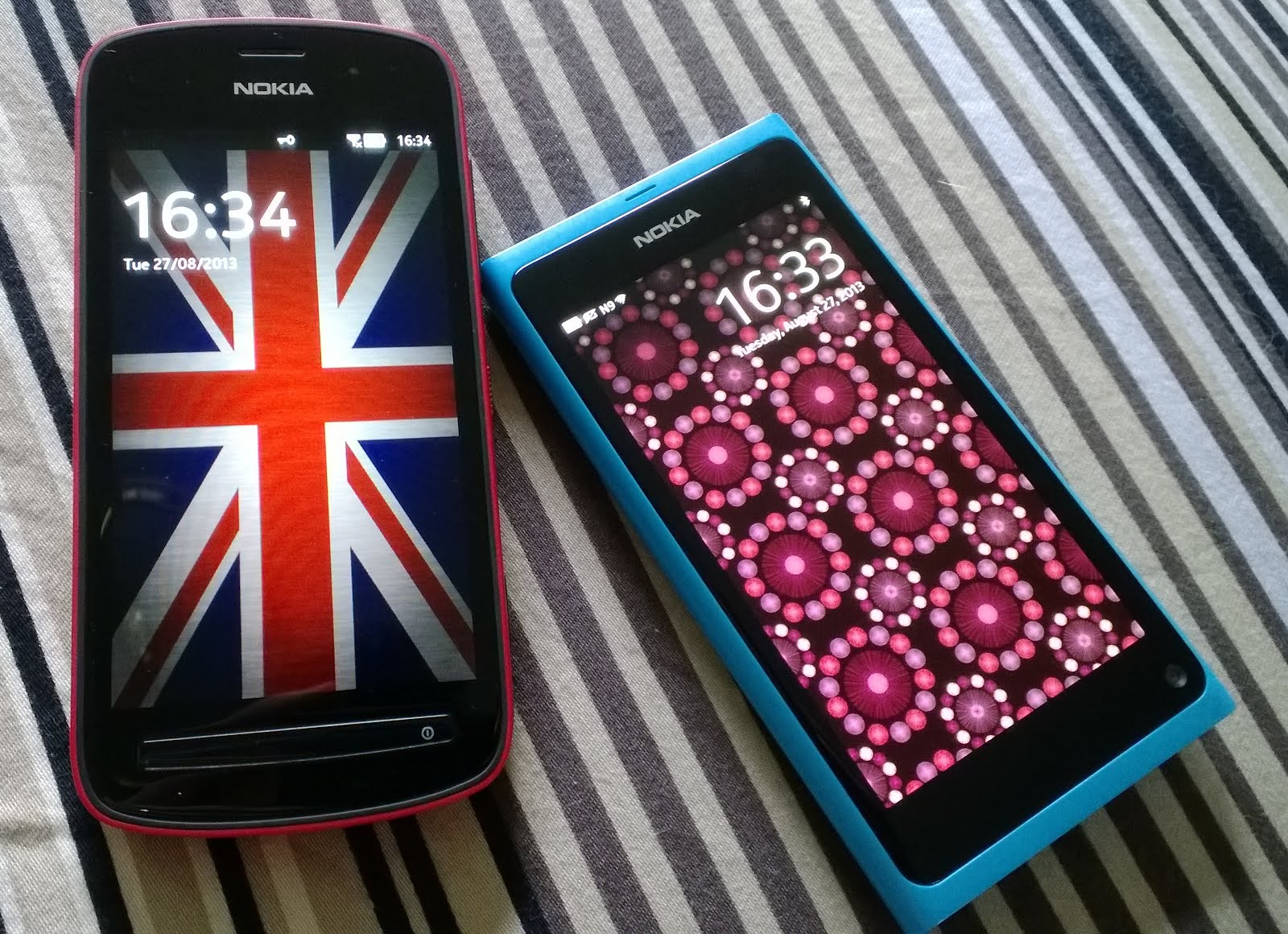 And with that, it would seem only natural that if their other OSes of the past start to creak and wane, then their current one could offer the Nokia enthusiast a very natural step. And with updates coming all the time, no one can argue that WP8 is stuck and is in threat from office politics and cost-cutting. It’s on the update super-highway, financed by the millions of dollars from both Microsoft and Nokia, so one doesn’t have to worry about having to wait 12 months for an OS update (think Symbian Anna?)

And what is so wrong about enjoying all three OSes, plugging into them when needed and enjoying what they all individually give? Nothing as far as I’m concerned. Keeping an open mind has led me to enjoying what WP8 has to offer, and has some really beautiful apps that are not only easy to use but are actually more rewarding to use on WP8 than on Symbian and/or MeeGo. Need an example? Facebook, and that’s enough really. Both the Symbian and MeeGo efforts are awful (to put it nicely), and for such a high-profile app too it is (and always was to be honest) pretty unacceptable. The WP8 version however is a dream to use.

Then again, I’m drawn back to the N9 and its swipey interface in MeeGo Harmattan. We’ve only really seen this kind of UI in the recent Asha 501, but I’m not about to start adding S40 sprinkles to the pot here. 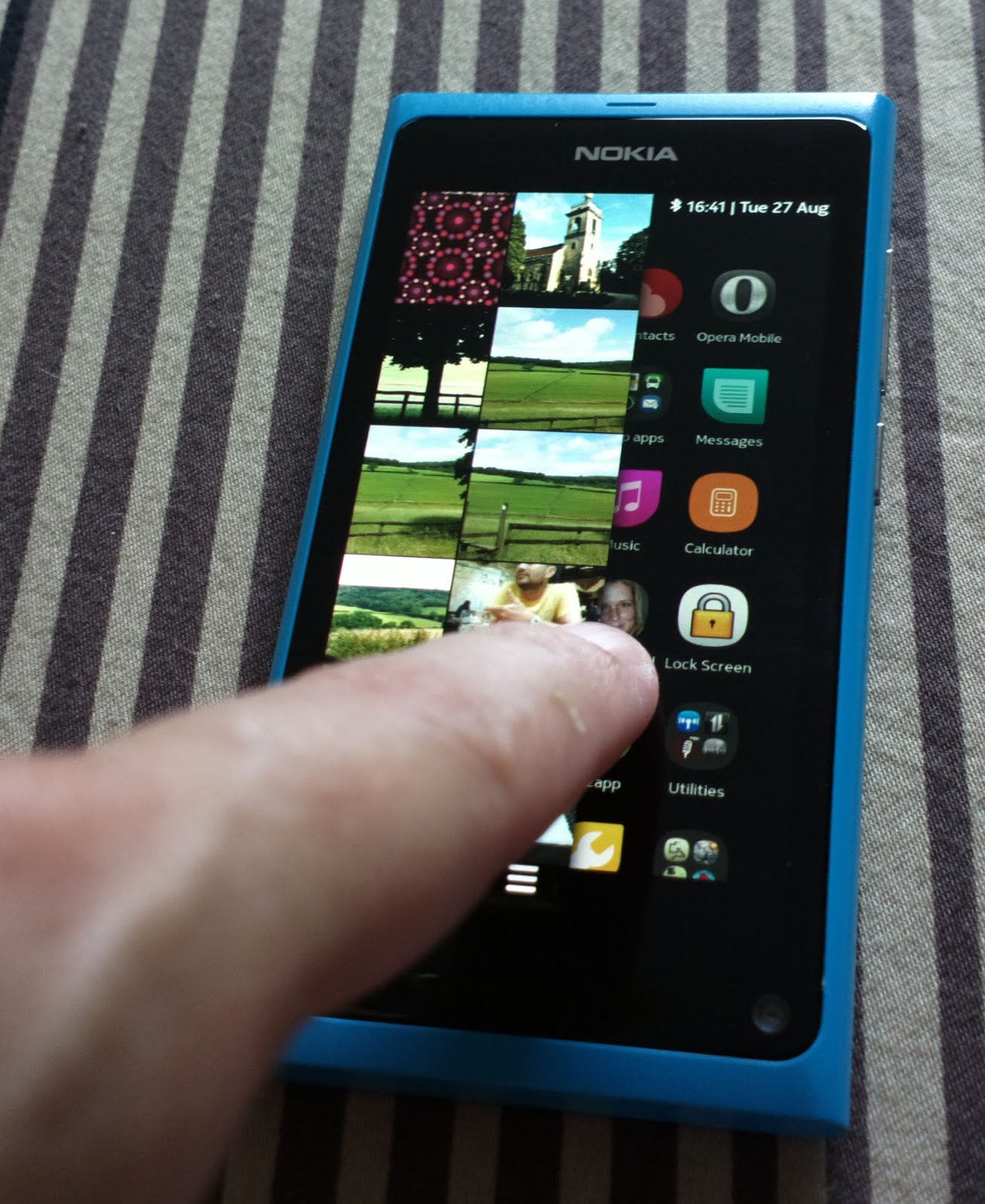 WP8 does have a tiny bit of swiping going on, with a swipe to the left to reveal the ‘app drawer’, and now, with ‘Amber’ we can swipe [only] up to unlock, after double-tapping the phone from the standby screen to reveal the lockscreen. As you probably know, the ‘double-tap-wake’ feature was first seen on the Nokia N9. 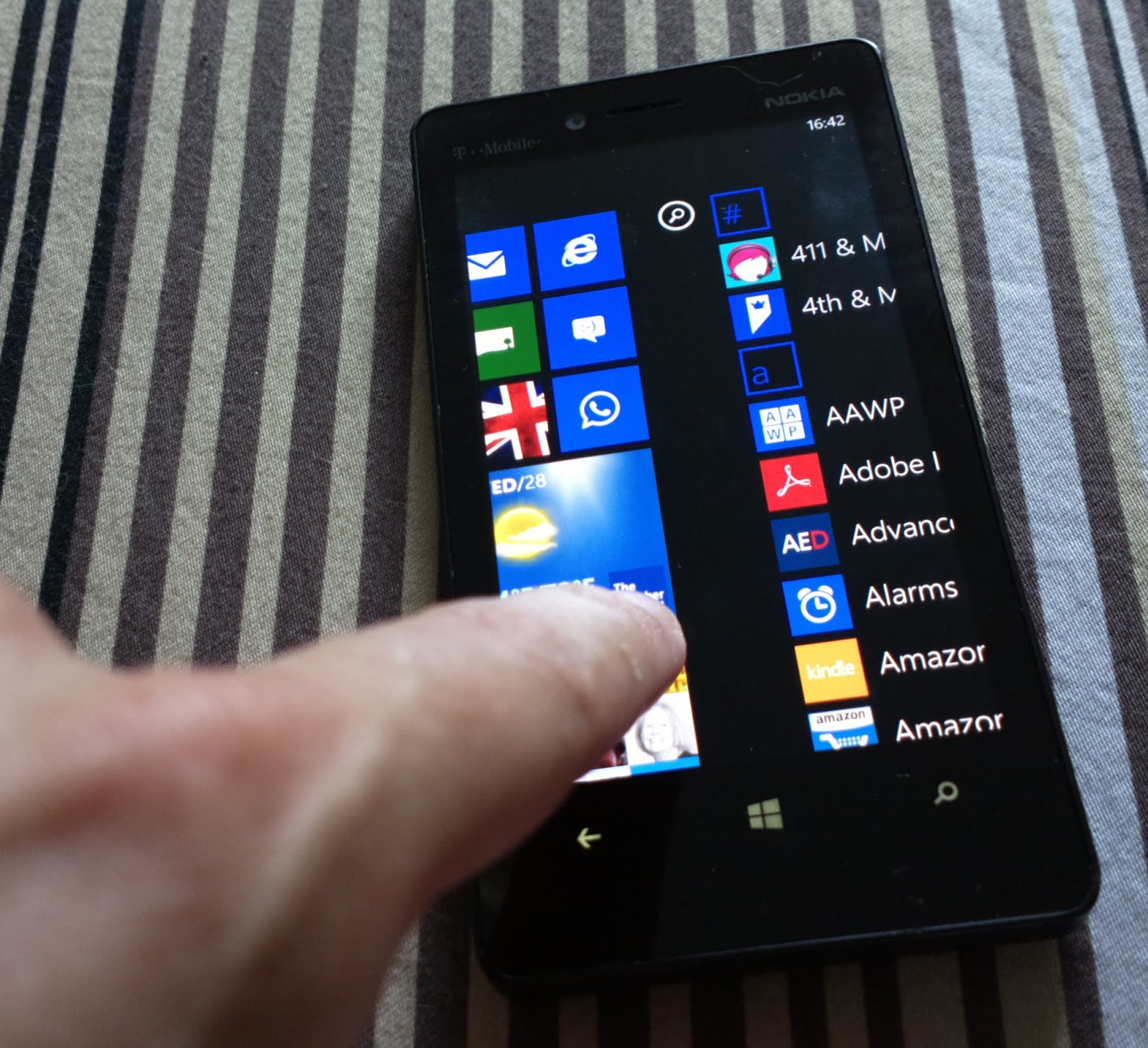 When it comes to a possible move over to WP8 there are, of course, the motivating factors of being much more contemporary as well as receiving new, fresh apps. Take ‘Redbox’ for example. In the WP8 app I can reserve and pay for a DVD before I get to the shop, and before anyone else can get their grubby hands on it. With my 808 or my N9? No such app, never will be one, so… and you can name more than a handful of truly useful apps that are available on iOS, Android and WP8 but have never and will never be created or ported for Symbian and MeeGo. Which, yes, is a shame, but a reality. 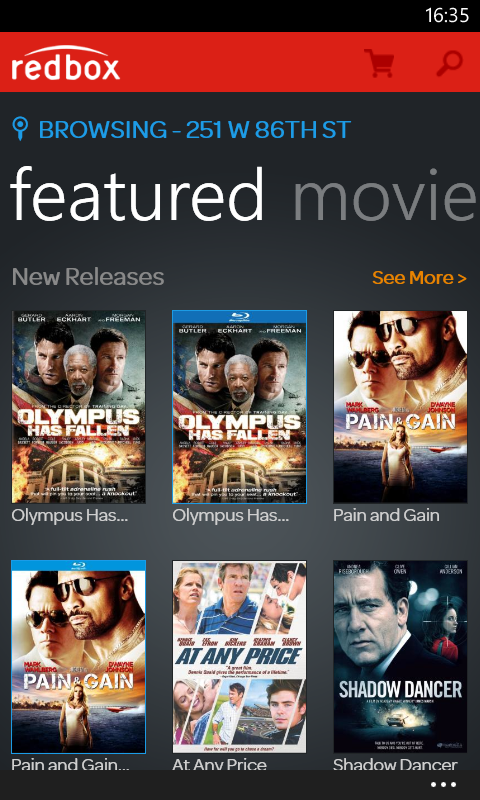 Multitasking anyone? You only have to read a few items on the web comparing Symbian, MeeGo and Windows Phone to realise that, while WP8 does allow you to retrace your steps as it were, we still don’t have the kind of versatile multitasking that we’ve come to appreciate, especially with the N9 because of the way it’s so brilliantly implemented and laid out for us. 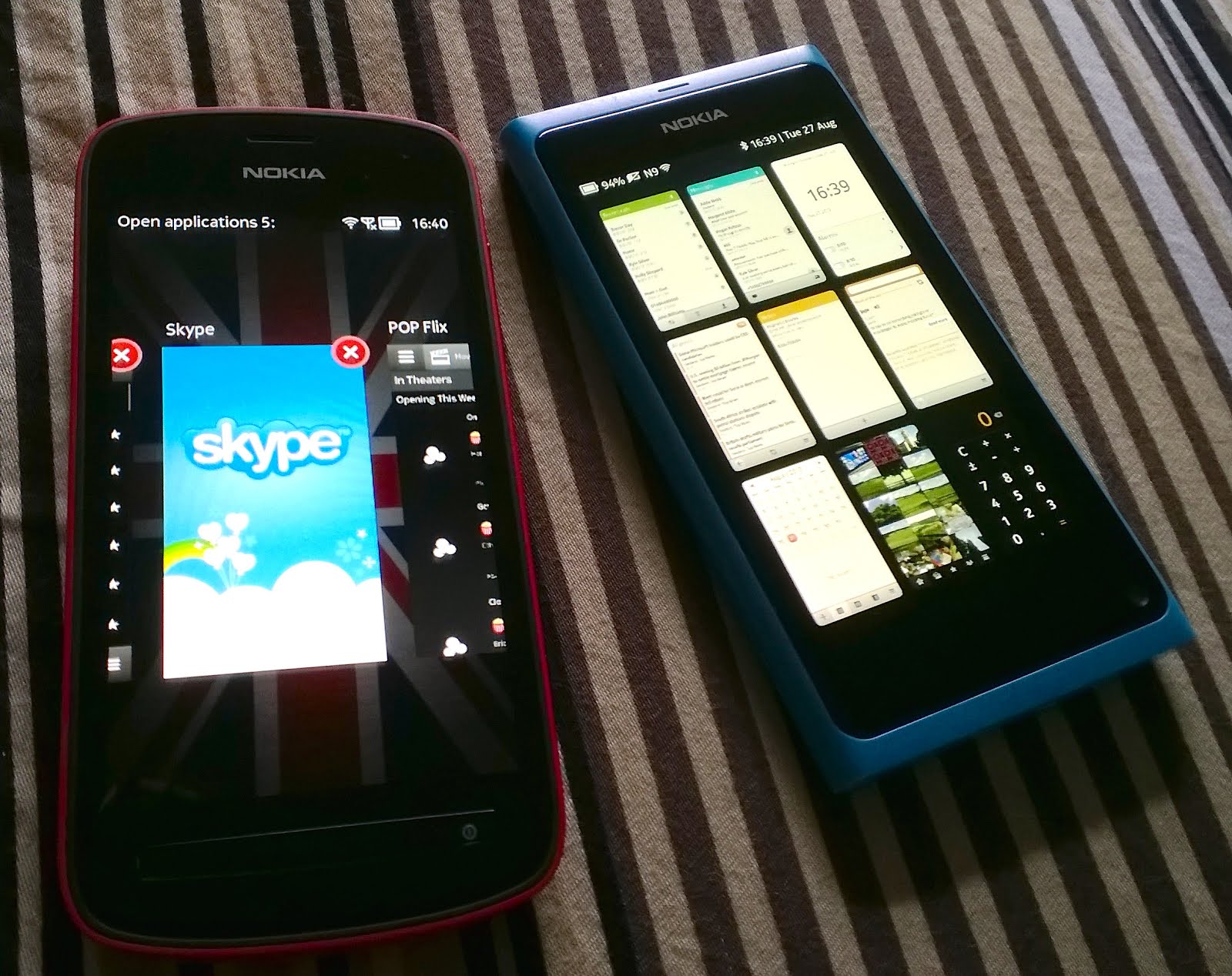 So, approaching the crossroads? Coming up to decision time? Possibly, although 2-year contracts and carrier exclusivity really put me off, so no Lumia 1020 for me. Yet.

Incidentally, while I’m approaching the crossroads I’ll no doubt be knocked over by a truck, making me drop all of my phones in the street.

The truck might have ‘Jolla’ written on the side. 😉