Smartphones have become an almost essential part of our personal inventory; they are our Filofax, our point-and-shoot camera, our Texas Instruments calculator, our diary, our phone and address book, our notebook and pen, our newspaper and magazines, our book. They have managed to converge all the bits and bobs one might have carried in a briefcase circa 1990. Younglings of today have no idea what it was like carrying around all these separate things for long journeys or business trips, because these days a decent, modern smartphone can take care of it all. Just one thing is all you usually need, (plus a data connection), and your journey is both informative, entertaining, communicative and creative. Brilliant! But how did we get from carrying around backpacks or pockets stuffed with items to carrying just one very capable and efficient little device that does it all?

For me, the journey from bulging coat pockets to no bulging coat pockets began with the Nokia E75 in 2010. Before this, I had owned a slew of basic mobile phones, some flip-style, some candybar, each incrementally better and more capable than the last, but still basic enough that if I still had one as my main phone today, it would produce jeers and guffaws from those around me. Fair enough really. It’s June 2013, and anyone without some kind of touchscreen slab does risk being mocked a little bit. Oh it’s a cruel, mean world!

It was early 2010, and my Nokia 6750 “Mural” was just not cutting it for me anymore. I suddenly found myself using the web browser and sending short emails while on the bus a bit more, and with all of my friends switching over to the iPhone, I found that I was beginning to be seen as the only person without a smartphone of any kind. 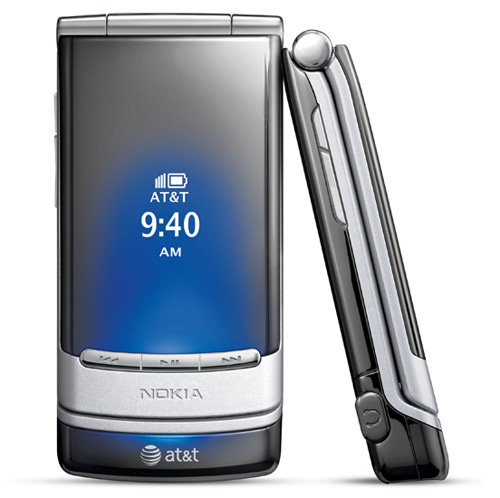 Not wanting to leave the Nokia brand (which I’d always chosen from my first phone in 1995) and certainly not wanting to delve into what appeared to me a quagmire of tech-fussiness with the iPhone’s homescreens, apps and – Heaven forbid! – onscreen qwerty keyboard, I headed down to the Nokia flagship store on 57th Street in New York City.

There I was faced with the option of either going with the N86 and sticking with the familiar and safe alphanumeric keypad, opting for the qwerty-centric N97 Mini, or going for a bit of both with the slim slider on the E75. I considered for a brief moment the Maemo-powered N900 (a device I would actually purchase 7 months later, unbeknownst to my poor wallet!) but again the plethora of features and perceived-complexity of the device was, at the time, something that actually turned me off. I wasn’t quite ready to become a phone geek and power-user. Yet.

Initially, I thought that the Nokia E75 was going to be my perfect phone forever. I instantly loved it. Gripes about the tiny buttons on the front were found in almost every review I read, but I found it very useful to punch out long emails on the train, as well as thumbing quick texts one-handed on the bus while hanging on with the other hand. I wasn’t quite ready to entirely let go of T9 text input, and the E75 was my definitive transition device. After this it all went wobbly… haha 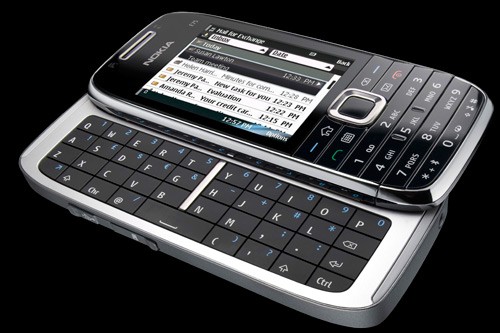 The E75 ran Symbian S60 3rd edition FP2. Not that this meant very much to me at the time. When I first started to set up the device, I was certainly more intrigued by the hardware to be honest, and I loved how the phone was both slim and narrow enough to fit in my small jeans pockets, and could be used as a phone, without giving away the sliding qwerty secret. But I also thought how brilliant it was, when it came time to type out a longer text or beefy email (with a photo attached!!), I could do so using the fine, full A-Z qwerty keyboard, which I learned to use quite quickly. Soon it dawned on me: I was now a qwerty addict!

Another thing that drew me closer the Nokia E75: it was the first time I went to Nokia Discussions online to learn that other people who had bought Nokia phones openly discussed their likes and gripes with others, some of whom were expert in this field and offered excellent advice. I had quite a pleasant time swapping stories and questions with other E75 owners, and feeling more and more attached to this great little device. One thing Nokia did well back then, and still do today, is connect people and make people feel that they are part of a wonderful community. Connecting People? Indeed.

However, it soon transpired that as I visited the forum more and more, numerous E75 owners were having a variety of problems with it. Hmm, I thought. Have I just to simply wait for these problems to appear on my own E75, or have I somehow got off scott free? As it turned out, no such luck. Suddenly I was forced to learn all about “factory resetting” which was supposed to solve my “Out of Memory” messages that kept popping up after a few weeks. I was learning about the “3-button grip of death” which wiped all my Maps data off and led me even further down the dark and windy path beaten by power users and Nokia enthusiasts, to see how I could fix the problems I was now having. Eventually, I became quite frustrated with the E75’s lack of memory; at one point I had an available trickle of onboard C: memory while most of it was taken up by “Other” – which to this day nobody has explained what “Other” actually meant, except to say I learned another little phrase: “Memory drain”. 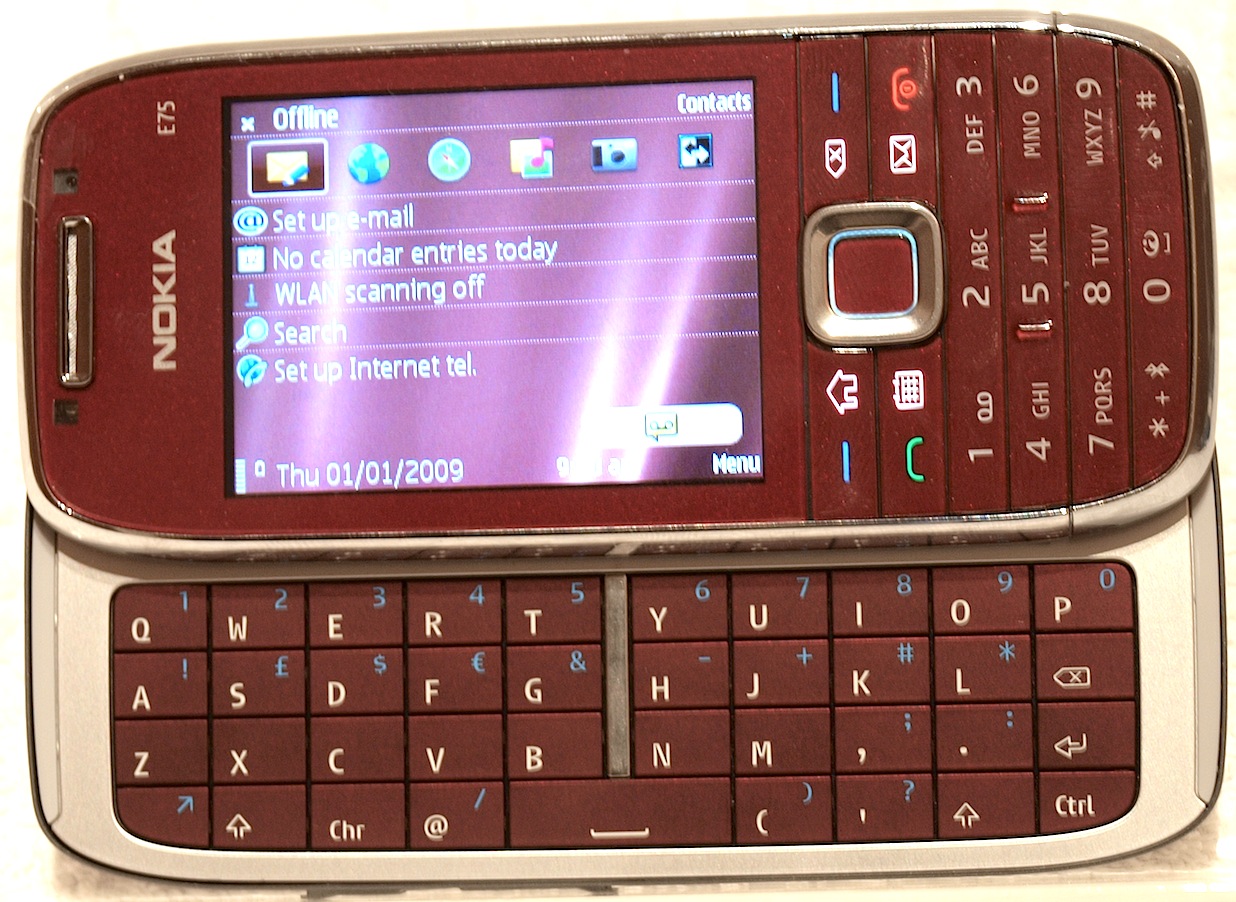 But I still loved the phone and I persevered, concluding that in the world of tech, not all is perfect, and thinking that I was sure anyone with a complicated mobile device must run into these types of problems at some point. And I was actually starting to enjoy resetting the phone and setting it up from scratch, something I now know Steve Litchfield loves to do! I had been bitten by the set-up bug!

Eventually, as summer waned, and after using this as my only device for the best part of 6 months, my patience with it also waned. Or rather, I wanted more. Aside from the random freezes, restarts and memory drain, I had started to appreciate much more that Facebook, email and the web could actually be accessed quite easily and enjoyably from a capable smartphone, and the E75 was quickly becoming something that was falling behind the bigger screened, all-touch devices out there.

In the time I had used the E75, I had joined Nokia Discussions and discovered Nokia Conversations and a few other websites that were dedicated to all things Nokia and mobile, and the one device that I kept going back to was time and time again, the almost intimidating Nokia N900. I knew that the E7 was coming and I had watched the Nokia World presentation, almost drooling over Symbian S^3 and the 4-inch screen with qwerty keyboard. Qwerty fans were being spoiled it would seem, until I found out that the E7’s ridiculous US shipping estimates were going to put it somewhere in the early to mid part of 2011 and I simply couldn’t wait that long. (I was able to purchase an E7 almost 6 months after it was announced! Way too long, Nokia!) 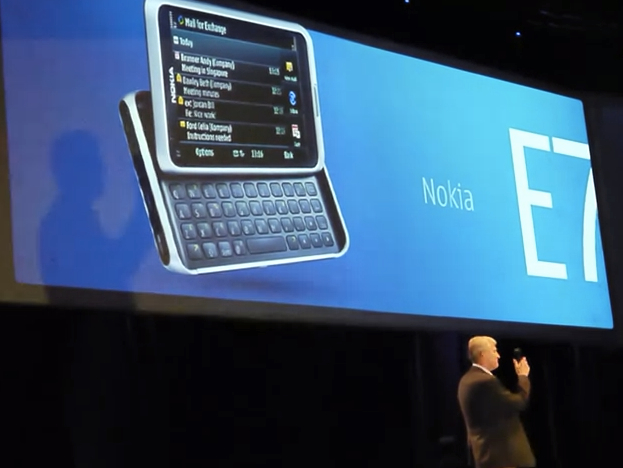 So with the summer of 2010 almost over, and my E75 looking worse for wear, and wearing me down at the same time, I plumped up the money and dived into the world of talk.maemo.org and the amazing, Linux-powered Nokia N900. The E75 had essentially ‘springboarded’ me away from basic mobile phones for good.

My smartphone journey had, most definitely, begun. 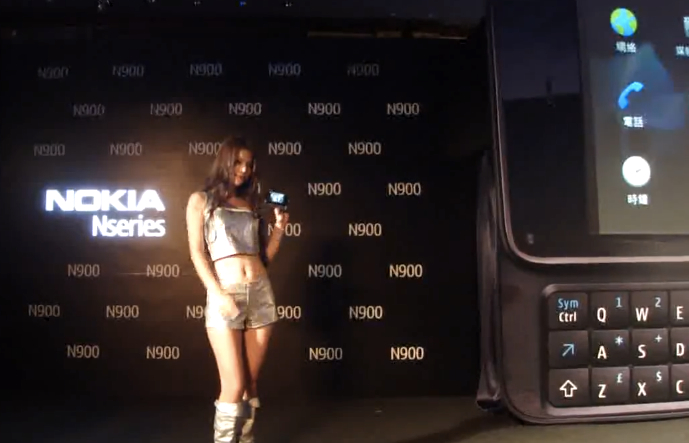