Here is a really nice Specs Sheet comparison between the Innovative Nokia Lumia 920 and the mediorce Apple iPhone5.

As you can see, the Lumia 920 does quite a number on the iPhone5, a bigger 4.5inch screen, dual LED flash, a bigger cloud ctorage, PureView camera with Carl Zeiss lens, super sensitive synaptics touch screen, a bigger battery, array of exclusive and very useful Nokia Apps, wireless charging and more, much more.

If you are wondering when this awesome Lumia 920 will be available, rumor has it that it is scheduled for release the last week of October, first week of November, 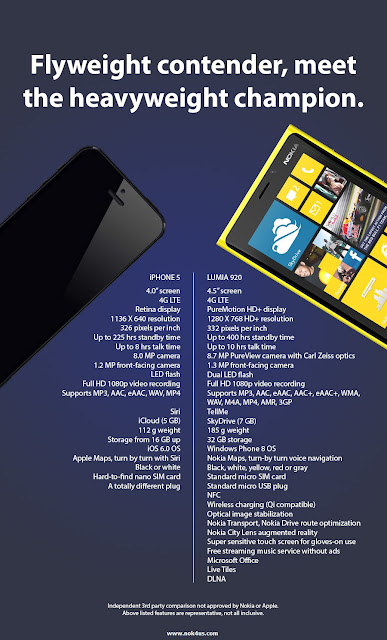 Intel Xe graphics card will not work on AMD computers.

If you are thinking to pair up your AMD Ryzen with the upcoming cheaper Intel Xe graphics card, stop there …